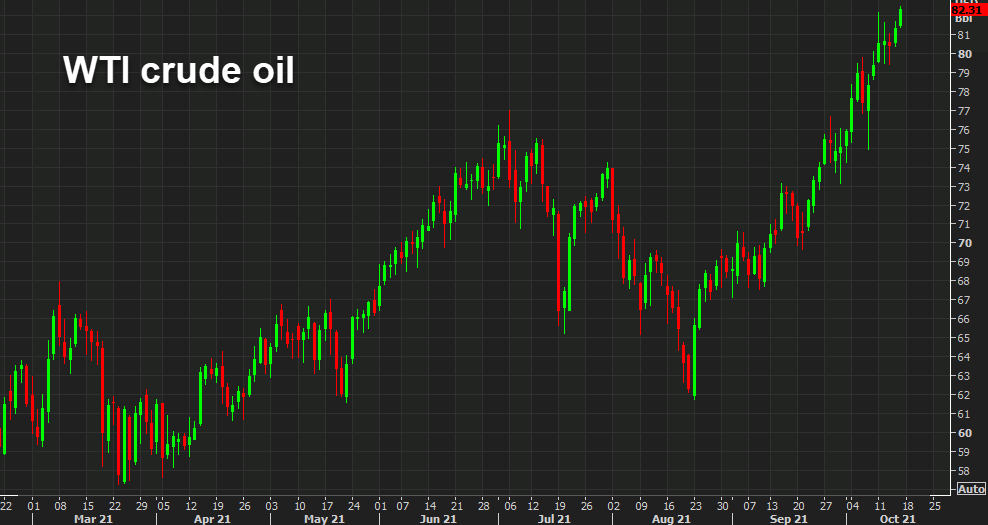 What a run it's been for the crude oil bulls in basically a straight line to $82 from $62 on August 23.
This is the eighth straight week of gains in crude and the highest close since 2014. Today is contract expiration and there's moderate backwardation through the contract table, out to $$74 at this time next year.
Where the backwardation is more pronounced is in brent, where it's risen to an $8 premium for the current contract compared to December futures.
Laymen see contract backwardation is bearish because prices are lower out the curve but it also says that someone out there can't wait three months to get oil and is willing to pay $8 for someone to pull it out of storage and deliver it now. That's a bullish sign for current demand and price action in oil lately underscores that.
On the fundamental side, the US inventory report this week was bearish but crude rallied right through it as well. I don't see any immediate threat of OPEC+. China is a mystery with the only news today that it's curbed independent refinery quotas for next year, but that supply is expected to go to mega refineries instead.