Stocks moved higher yesterday helping a run higher in the USDJPY on risk on flows.
Today, the Bank of Japan is expected to announce that they will look to keep interest rates low for an extended period of time and at -0.1% for some of the reserves financial institutions keep at the central bank.
They are also expected to target a yield of 0% for 10 year Japanese government bonds, and allow a trading range of about 0.2% on either side of 0.0%.

The pairs run to the upside too the price above a topside trend line in the Asia-Pacific session and took out the October swing highs at 112.668, 112.739 and 112.88 (PS it held the 112.668 on an early NY session correction. That was good news for the buyers. See hourly chart above).
The price is extending to new highs in early trading and in the process is looking to test the 113.169 swing high from July 19th (see daily chart below). A move above that will look toward a topside trend line on the hourly chart at 113.28.  That trend line has 4 points on the line.  I would expect some pause on the first test. 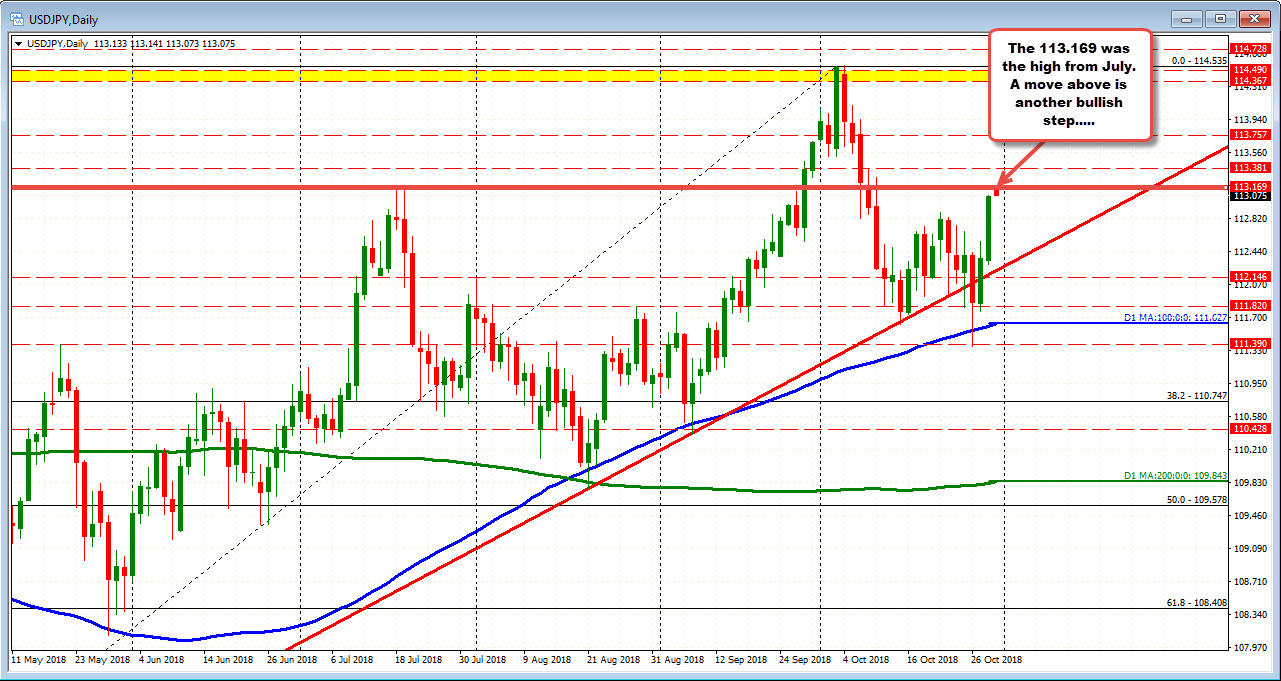 On the downside, the 112.88 swing high from October 22nd should be a risk level for the longs. Go below and some of the bloom comes off the bullish rose.
ForexLive