If you want to turn a great trade idea into a loser, make it complicated

Nine times out of ten, it's best to simplify the trade idea

Want to know how to make a great trade idea into a loser? Overcomplicate it.

One of Goldman Sachs' top trade ideas of 2015 was to short the euro. Sounds great, right? Well they managed to blow it despite EUR/USD falling to 1.0654 today from 1.2150 at the start of the year.

Later Goldman decided to double down and moved the put spread to 1.00/0.95 and today they closed it out at a complete loss.

So they were absolutely right about the direction of the euro from day one and still managed to lose money. 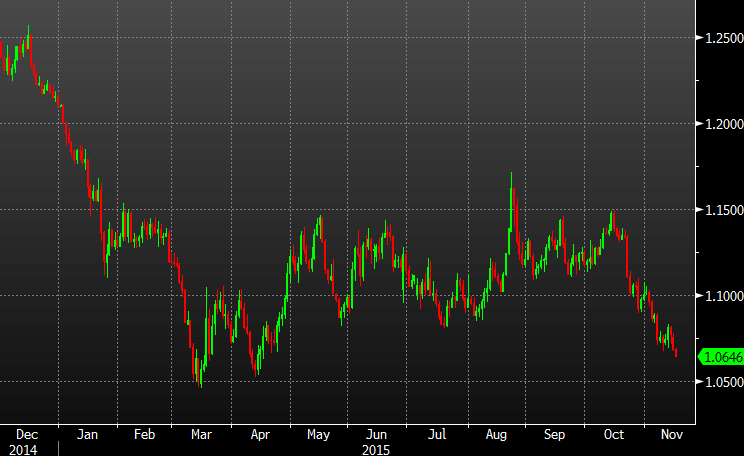 The reason banks peddle options trades is that they make far more money pushing hedgers, corporates and punters into options trades than vanilla FX trades. They pricing is opaque and they can add fees for the 'service' where hedgers have smartened up and learned not to pay 250-pip spreads on vanilla trades.

So Goldman is still screwing clients, just not in the way many think.

What to learn from Goldman's mistake

The lesson though, is to keep it simple. If you want to bet on something to go down, bet on it to go down.

If you think gold is going to go higher, buy gold, not a gold mining company. if you think EUR/USD is going lower, sell EUR/USD and don't overcomplicate it.