Seasonals: October tends to be a strong month for US equities, except in election years 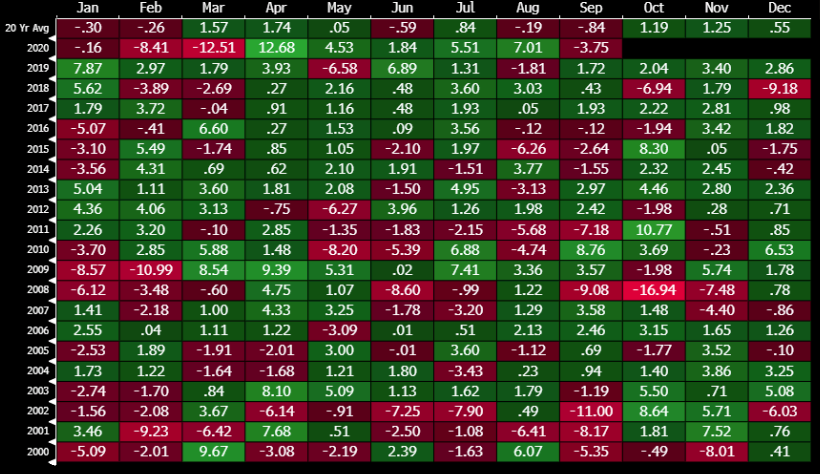 The average gain for October in the S&P 500 over the past 20 years is 1.19%, making it the fourth-best month on the calendar.
There's a big caveat for 2020 though: Election years tend to be rough.
The only exception was Bush-Kerry in 2004 and there was little doubt about that one as Bush held a lead of 2-6 percentage points in the polling average throughout the month before the election.
Also note that Novembers after an election tend to be a bit better with the exception of 2008, when the economy was crashing and 2000 when there as a disputed election and a tech bust. Al Gore didn't concede until December 13.
For bank trade ideas, check out eFX Plus