The impact of a slowing US economy on the USD

Impact on the DXY Looking to find out what drives the USD?  to learn more. See here for global coronavirus case data 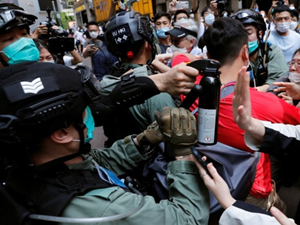 How will the dollar react? Breaking it down Geographically, managing Hong-Kong is a sovereign matter of China. Historically, it became a global issue since the British Empire took over this important city in the XIX century. During the entire XX century, it has been in possession by the British under lease agreement serving their economic and geopolitical interests. In 1997, it was returned to China. Economically, after the global balance of economic power shifted from the dissolved British Empire to the US, the American interests are now what stands in the way of China taking full control over the city. Hong-Kong's own interests and independence from China would be an easily resolved problem if it was only between Hong-Kong and China. But it isn't; that's why it is so complicated. Geostrategically, Hong-Kong is an ideal penetration point through which the US can exert their influence and leverage power over China. Playing the Hong-Kong's "independence and democracy" card, ideologically aligned with the Western rhetoric, against the Chinese "domination and communism" card, the US has a politically outsourced stronghold in Hong-Kong. Its primary target is to attract and consume China's attention and resources as much as it's needed to keep China's international aspirations in check. Why now The US presidential election is coming. Of course, there are underlying economical and political disputes between the US and China that clash in Hong-Kong, and these will not stop emerging from time to time. But this year's global political agenda suggests making a "small war" over Hong-Kong and eventually winning it may earn voters admiration to the US President. Namely, Donald Trump. Voices of the reasonably thinking and the moderately patriotic citizens in the US will be shouted down by the admiration of the millions who see their President as strong as ever reinstating "democracy and freedom" in Hong-Kong right in front of China - at the peak of anti-China moods in the US. As always, to make victory one needs an enemy, a war, and an excuse to make it. China, Hong-Kong, and "democracy at risk" are the three respective elements that perfectly fit this narrative. What now Hong-Kong to China and the US is the same is Moon to Earth and Mars. As unique and important as it is, Hong-Kong will inevitably drift to the gravity of China, while the US is just too far away. Nonetheless, there will be fights over it for the reasons explained above. These fights, however, have limitations from the US side more than China. Primarily, there are a lot of American corporations with their regional headquarters, production centers, and outsource bases in Hong-Kong. While Donald Trump may imply that he is it trying to protect their interests over there, practically, any turbulence over Hong-Kong shakes the stability of these corporations operation in this region. That questions the long-term prosperity of these companies and most of all, supply chains. Market sectors dependent on trade would be exposed to the highest risks. Second, any deterioration of the US-China relations drags investors' attention to the US dollar. Consequently, the Chinese yuan loses value. It has lost already quite much - in fact, the USD/CNH currently trades at historical highs of 7.20. In theory, that's unacceptable to the US exporters who cannot compete with cheap yuan. So far, Chinese financial authorities are forcefully suppressing the USD/CNH. But nothing will be able to stop it increase in the case of further deterioration potential to a second cold war, as warned by the Chinese officials. Therefore, aggressive positioning against China may strike at the US in the long-term keeping the USD as high as ever in the times of prolonged risk aversion. This post is written and submitted by FBS Markets for informational purposes only. In no way shall it be interpreted or construed to create any warranties of any kind, including an offer to buy or sell any currencies or other instruments.  The views and ideas shared in this article are deemed reliable and based on the most up-to-date and trustworthy sources. However, the company does not take any responsibility for accuracy and completeness of the information, and the views expressed in the article may be subject to change without prior notice. See here for global coronavirus case data 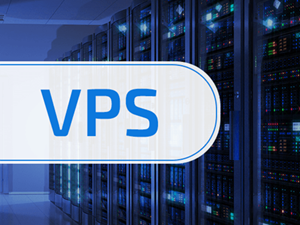 BASICS | EDUCATION FROM BROKERS Thu 28 May

What is VPS trading?

A closer look into VPS trading A virtual private server (VPS) is a powerful computer used for web hosting. What does that mean for you and your trades? You'll be permanently connected to the internet with the fastest possible connection. That way you can run automated trading strategies speedily and accurately 24 hours a day, seven days a week. Which is great news if you're in need of super-fast trade execution, or if your current internet connection is unreliable. You don't need any additional hardware, backup internet or power supply of your own to use a VPS. There's also less risk of viruses and other technical issues messing up your trades. How does VPS trading work? The VPS remotely hosts the MT4 trading platform, and relays your trade orders to our MT4 server. You'll enjoy efficient, secure trading - on any device - across the full MT4 market offering, including EUR/USD, USD/JPY and GBP/USD currency pairs. The MT4 trading platform is free to download and allows you to: Analyse markets using interactive charts Identify market trends and signals for entry and exit pointsManage your trades using different types of order A connection you can rely on As many traders have discovered, a VPS is safe and reliable, with most reputable providers guaranteeing 99.9% uptime. With a VPS you can: Connect to your platform anywhere, any time Reduce time and delays between order entry and execution Continue trading as usual during unexpected power outages Reduce slippage, as a VPS can reduce the time it takes to send your trades The benefits of trading with a VPS Fastest possible connection speedUnaffected by outages or system errorsSuitable for traders using Expert AdvisorsTrades can be executed while your computer is switched offYou can open several MT4 panels from the same VPSWorks smoothly alongside many operating systems Trading is all about timing, so you need a secure system that's also fast and reliable - especially if your trades are automated. A VPS gives you all this and more. To learn how VPS trading could give you an edge, visit us here today. Disclaimer: This written/visual material is comprised of personal opinions and ideas. The content should not be construed as containing any type of investment advice and/or a solicitation for any transactions. It does not imply an obligation to purchase investment services, nor does it guarantee or predict future performance. FXTM, its affiliates, agents, directors, officers or employees do not guarantee the accuracy, validity, timeliness or completeness of any information or data made available and assume no liability for any loss arising from any investment based on the same. FXTM is an international online forex broker offering financial services in forex, CFDs on spot metals and CFDs on Commodity Futures, Indices and Shares. FXTM brand is authorized and regulated in various jurisdictions. ForexTime Limited (www.forextime.com/eu) is regulated by the Cyprus Securities and Exchange Commission with CIF license number 185/12, licensed by the Financial Sector Conduct Authority (FSCA) of South Africa, with FSP No. 46614. The company is also registered with the Financial Conduct Authority of the UK with number 600475.  Exinity Limited (www.forextime.com) is regulated by the Financial Services Commission of the Republic of Mauritius with an Investment Dealer License bearing license number C113012295. Forextime UK Limited (www.forextime.com/uk) is authorised and regulated by the Financial Conduct Authority, firm reference number 777911. CFDs are complex instruments and come with a high risk of losing money rapidly due to leverage. 73% of retail investor accounts lose money when trading CFDs with this provider. You should consider whether you understand how CFDs work and whether you can afford to take the high risk of losing your money." This article was submitted by FXTM. See here for global coronavirus case data

What is a central bank blackout period?

How to conduct fundamental analysis in forex