AUD/USD shorts were the best trade this week

The Australian dollar was the laggard this week 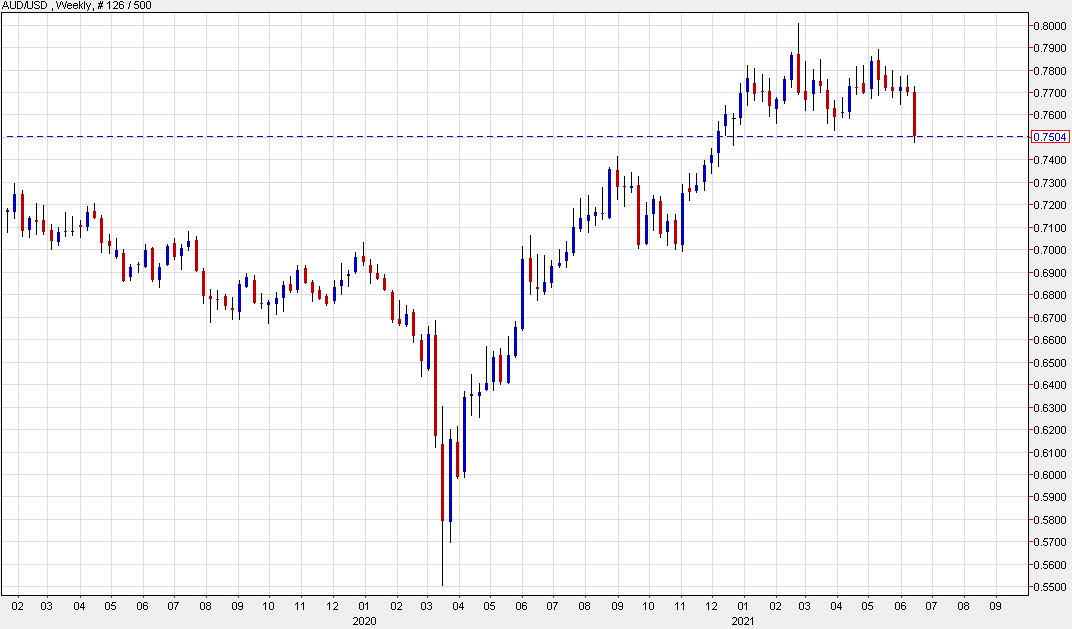 It was a big week in the FX market as the Fed flipped the script and turned hawkish. That caused an unwind in reflation trades and the commodity currencies were in the crosshairs.
It speaks volumes that Australian added 115K jobs compared to 30K expected and it was still the weekly laggard. Also note that iron ore prices held up well despite the broader rout.
So will it be a dip to buy? I believe it will be eventually but the weekly chart doesn't look good. The March low broke and we're at the low of the year. The 200-day moving average was also breached for the first time since November. If there's a snap back early in the week there's a chance this is a false breakdown but otherwise, the next stop is the August high of 0.7413, if not all the way down to 0.7000.
In terms of FX ranks, the yen narrowly trailed the US dollar this week and the euro was a distant third.
Invest in yourself. See our forex education hub.