Credit Suisse have 3 Reasons why they still target EUR/USD at 1.15 in 3 Months

We maintain our EURUSD 1.15 three month target. The target was based on the following rationale:

1-We do not expect the Fed to hike this year (Credit Suisse has the first hike penciled in for May 2017) despite the market still pricing in a 50% probability of this.

2-We think any US political risk elevation going into the November 8 Presidential Election would boost liquid, defensive currencies like EUR.

3-We see the ECB as likely to deliver only marginal new easing measures in December. 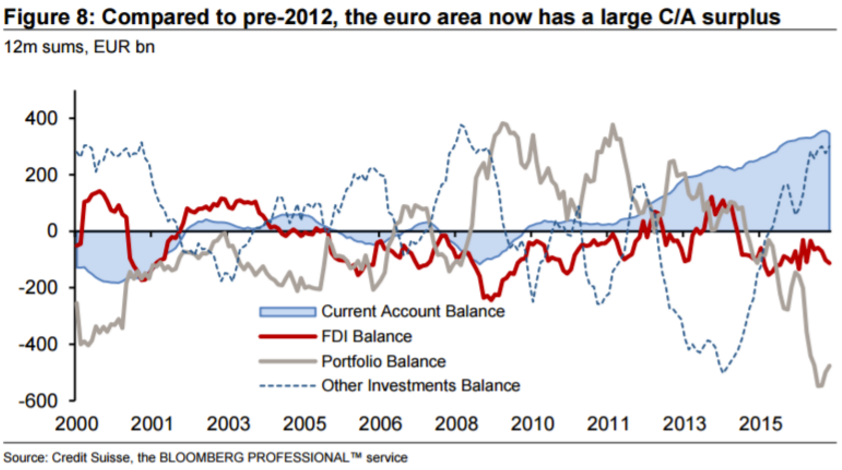 What would make us revise our view?

Firstly, it is still possible that the political environment in Germany is slow enough to respond to further banking stress that a still fragile European banking system reacts badly, leading to a loss of confidence and a funding squeeze. We have attributed a low probability to this as the Italian banking prob

Secondly, the Italian Constitutional referendum date has been set for December 4. If this leads to i) defeat for PM Renzi and ii) his subsequent resignation, the resulting political upheaval could be problematic for EURlems over the summer were in some ways even more problematic yet did not cause overall deposit flight But we flag the risk nonetheless.