Who'd be a central banker eh?

There's two ways to look at this. One, is the new way, where easing means a lower currency. The other is an old way long forgotten, where actions are taken for the positive intentions they are supposed to make.

Today's headlines were the type the market was waiting for in December. They punished Draghi when he failed to deliver. This time he's delivered but the market is punishing him once again, why?

There's probably a huge element of pre-ECB pricing in unwinding but more importantly, the ECB has shown it is willing to do whatever it takes not to let the Eurozone fall into deflation. Their actions are positive in that respect. If they're right, the end result is that their policies work and Europe is fixed. In the meantime their actions can be seen as positive and that overrides the actual affect on the currency.

For me, I'm thinking that the downside is going to be the harder work from here. As I said earlier, if we can't stay down on that lot from the ECB there's only one other way to go. The FOMC is the next big risk event and we already know that the euro has bounced back from dollar strength on that before.

The euro still has a lot of thinking to do so don't be too quick to pick a side just yet. Let the charts and big levels make the decisions for you. Go with the holds or go with the breaks. Whatever I, Adam, Greg, Mike or Eamonn say about this, the price action will always have the final say. Pick your battles and trade wisely. 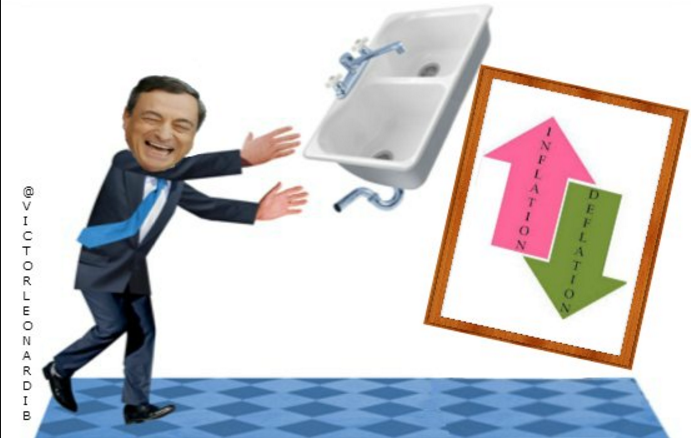 Next comes the bath