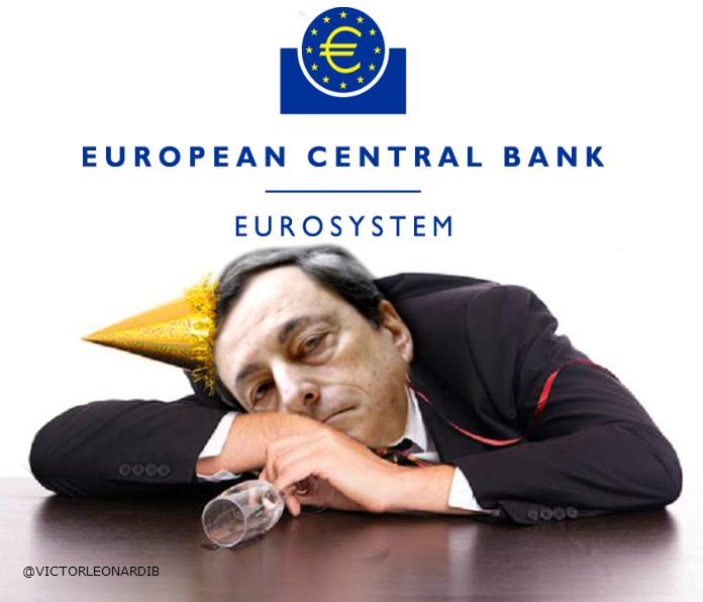 It was Draghi's 68th birthday today

The pound finished lower for eighth straight session to match the longest losing streak since 2008. It fell as low as 1.5218 but crawled off the floor ahead of June low and rebounded to 1.5269 before a late slip to 1.5252.

The big move on the day was in the euro after Draghi said the ECB changed its rules to allow for buying a larger part of an individual bond issue. The market took it as a sign the ECB's prepared to do more. Draghi was also downcast on emerging markets and cut ECB forecasts. The euro first fell to 1.1110, bounced 40 pips and then slowly skidded to 1.1087. After Europe shut down it retraced slightly to 1.1121 but remained far from the 1.1230 pre-ECB level.

USD/JPY started at 120.30 but was sucked lower in EUR/JPY selling on the ECB and fell to 119.64. That was a buying opportunity as better risk sentiment prompted a complete retracement. Since then there has been a bit of a back-and-fill as the range tightened around 120.08.

USD/CAD finally caught a bid. One factor was a better Canadian trade report including a surge in exports. There were some curious quirks in the data but the pair fell all the way to 1.3135 then bounced to 1.3210 on the ebb and flow in oil.

And, an added bonus from Greg: Infograph: Non-Farm Payroll preview