China and Hong Kong markets were closed for a holiday today. HK will be out again tomorrow (Friday) while China will be out for 'Golden Week' through to October 7. The absence of these markets thinned out trade in Asia today and, to subtract a little more, the Tokyo Stock Exchange (and some others in Japan) suffered a systems/tech outage that halted trade.

The impactful headlines of the session were those related to apparent progress being made in US coronavirus economic relief talks. US Treasury Secretary Mnuchin and House Speaker Pelosi are said to be in continuing talks on Wednesday evening, which will then carry on Thursday. The House delayed voting on the prospect that there might be some agreement between the two sides. Indeed, Mnuchin later indicated he had boosted his offer toward 1.6tln (and other associated measures) - see this post here for more on Mnuchin. US airlines announced job furloughs, increasing pressure on the politicians to work towards an agreement.

US stock index futures on Globex traded higher and the dollar (and yen) lower on the more upbeat sentiment the news items triggered. Having said this (most) ranges for currencies have been small only.

EUR/USD has traded back briefly above 1.1740 while AUD and NZD are also both higher against the dollar. Gains too for cable while USD/CAD dipped a little further. Gold has eked out a small gain. USD/JPY is relatively stable, up a few points only, the more favourable risk environment not encouraging flows to yen today.

The standout currency was offshore yuan, CNH adding notably to its gains again the USD.

US presidential politics was relatively calm during the session here with comments from both candidates but nothing like the strident exchanges of the debate on Tuesday evening US time.

As I update the Japan Exchange is indicating trading will halt for the rest of the day on the Tokyo Stock Exchange. There is speculation the outage is the result of hacking but the exchange has said this is not the case. 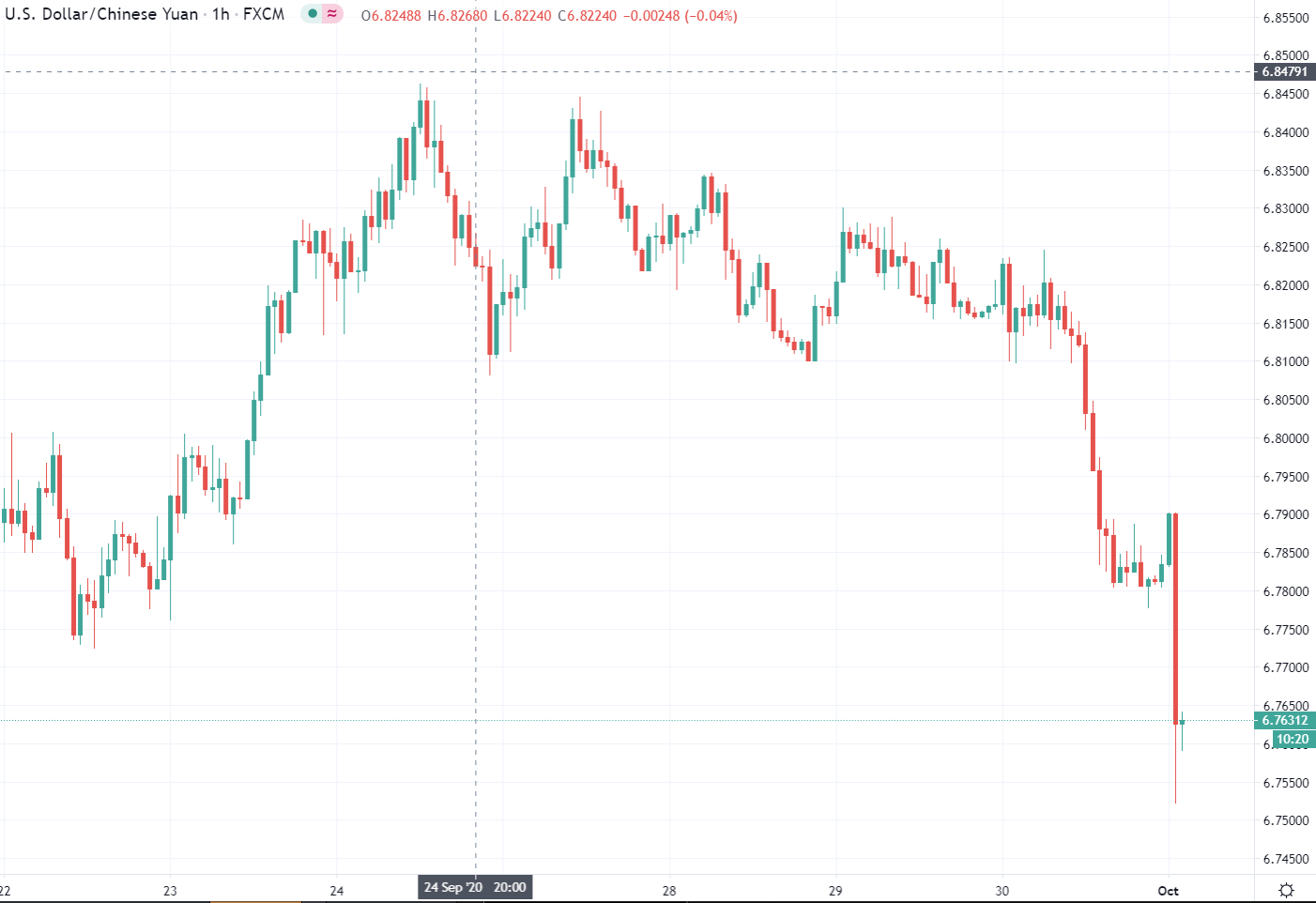