As we headed into the session it was obvious the Australian employment data report and hence the AUD would be the focus. Yen responded with 'hold my beer'.

USD/JPY  dropped from early highs circa 108.50 to under 108.20 as a wave of 'risk off' swept across markets. Stocks dropped, as did AUD (I'll come back to this) and gold saw some benefit, up a few dollars. During all this most of the majors against the USD were little moved. EUR, GBP, CAD all not doing too much (USD/CHF is down alongside USD/JPY but not to the same extent).

OK, back to AUD. The employment report was a mixed one, but my take on it (see data post above) is it supports those expecting further rate cuts from the RBA. While the headline jobs gain was a big beat, the headline unemployment rate was a miss. And its unemployment the RBA wants to see fall (to circa 4.5%) to fuel a pick up in inflation and economic growth. Buried in the data was an observation that'll sit heavily on the board room table at the next RBA monetary policy meeting - 'trend'' unemployment was up for the third consecutive month. Add in these two snippets also:

None of this went unnoticed, market pricing for a July rate cut moved above 75%. By August a cut would appear to be a lock. AUD/USD is lower on the session, continuing its slow slide. A post-data spike to above 0.6935 registered as the high of the day, while a few moments later it was lower and dropped a little further to post lows just above 0.6910. NZD/USD has lost a little ground but it sits above its overnight high as I post. 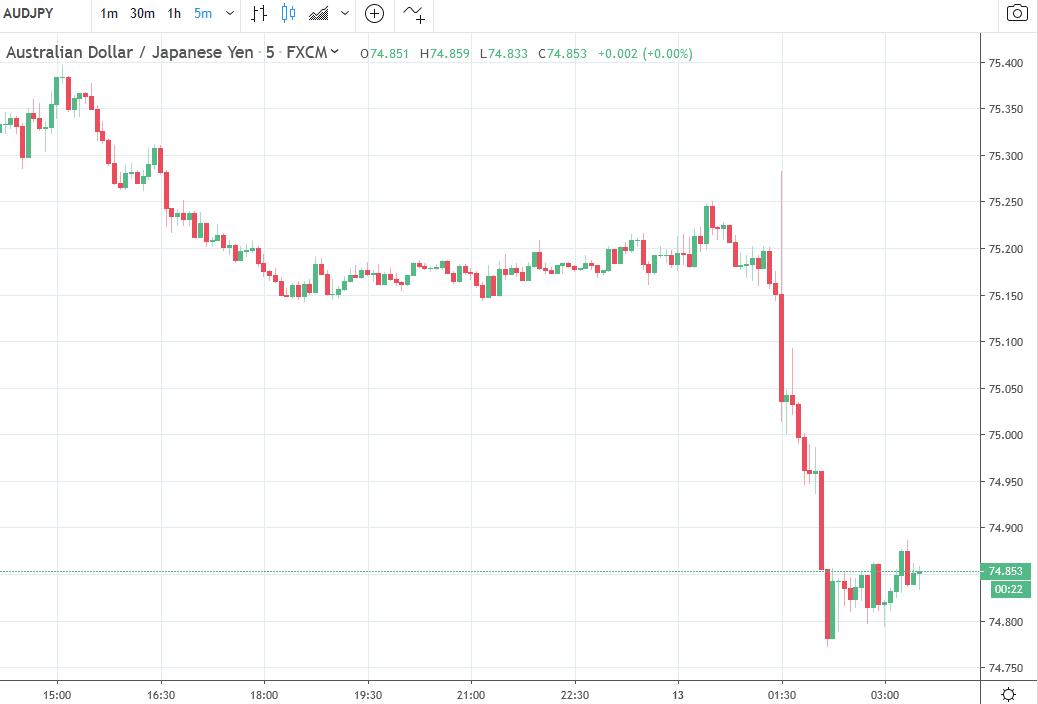 For those keeping up with developments in HK, the HK Legislature has cancelled its Thursday Extradition Bill meeting.