With US oil still struggling to recover from the damage done by Hurricane Ida, Tropical Storm Nicholas has been upgraded (just prior to me posting this wrap) to Hurricane Nicholas. Its expected to make landfall on the Texas coast imminently. Oil has inched a little higher on the session here in Asia but not by much.

Data flow today was focused on Australian business confidence and conditions (for August) via the National Australia Bank survey. The survey showed an improvement from a poor set of results in July. Not a lot of improvement but at least some (see bullets above).

Also from Australia today, Reserve Bank of Australia Governor Lowe gave a speech. Lowe was blunt on the cash rate ahead, he:

This is not new from Lowe, but it is blunter and more forthright than usual. If he was a politician he might have said "read my lips" ... and maybe he'd be telling the truth! There is more from Lowe in the posts on his speech and the following Q&A in the bullets above.

FX movement was subdued, even AUD did not do too much despite the data and Lowe. It topped out just above 0.7370 and is currently circa 0.7350 (dropping a little more as I proof-read).

EUR/USD, GBP/USD, USD/JPY are all up a few tics with not much news flow at all. NZD/USD is net a few tics down on the day. EUR/JPY gained.

As I slot in the AUD chart its dribbling lower after Lowe's speech and comments: 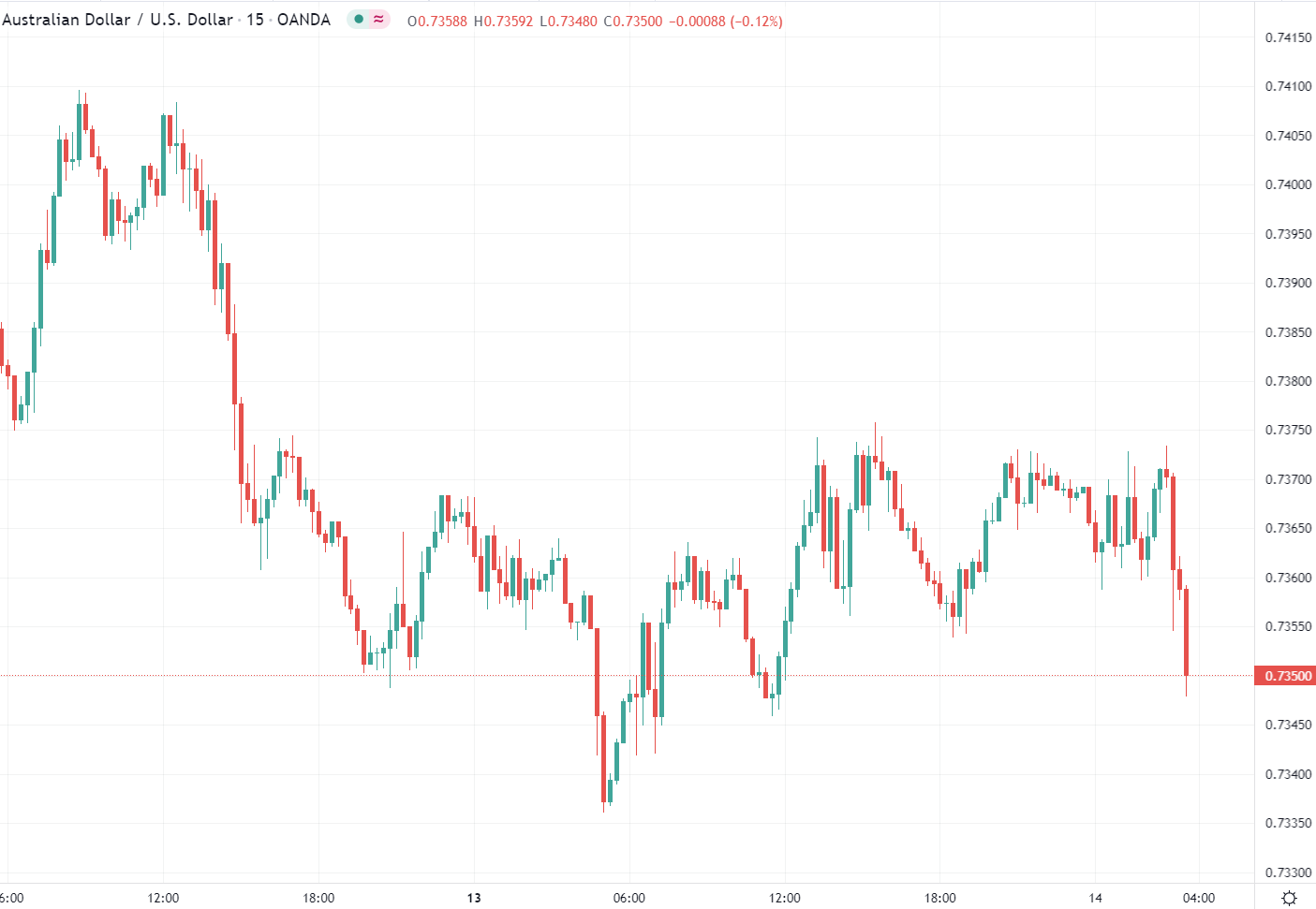