The news that China had confirmed an 80% tariff on imports of Australian barley saw the AUD ... trade higher. After a bit of fumbling around 0.6520 AUD/USD reached a high just over 0.6550. This was accompanied by a better bid NZD and GBP against USD before all three gave back their gains over following hours. 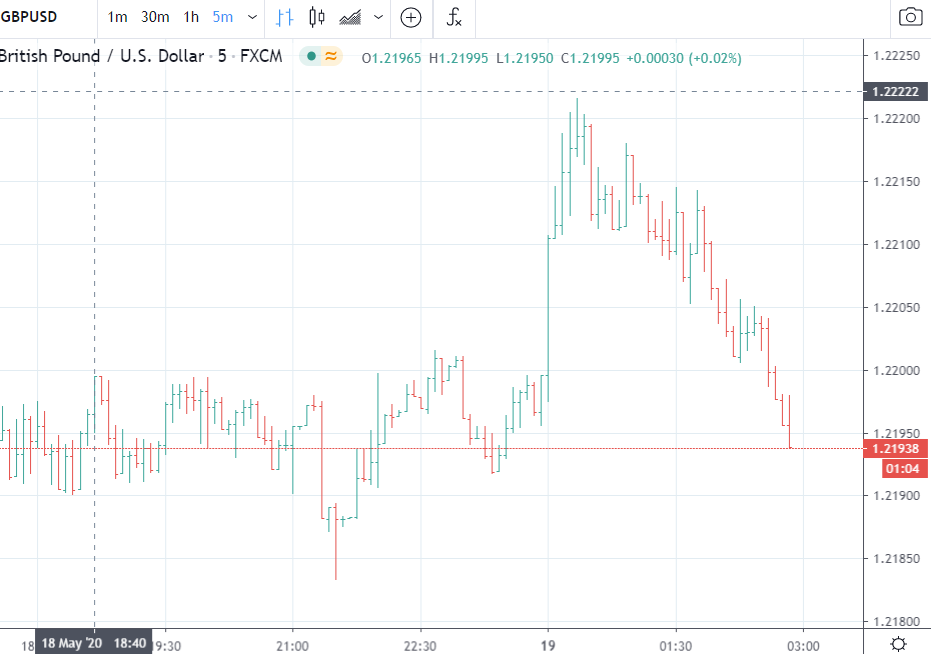 We had plenty of remarks out of the RBNZ today (despite this the range for NZD/USD was little more than only 15 points) and also a minutes release from the RBA (and data from Australia also).

Speaking of 15 or so point ranges USD/JPY traded this as well with little net change for the session as I post. Similar for EUR/USD, net a touch weaker on the day though.

Oil was down a little in price over the session, which spilt over into a touch of CAD weakness also. Gold clawed back some of its overnight loss.

As I post there is evidence of renewed US-China tension. The Global Times is a state-sponsored media outlet in China, its outspoken editor-in-chief tweeting that the 90,000+ US deaths from COVID-19 are due to Trump's lack of leadership in the crisis, the US President ignoring science and responding with 'witchcraft' in its place. This comes in response to Trump saying he was taking the anti-malaria drug hydroxychloroquine to help ward off the infection.