A big mover in FX was the Australian dollar, hit on news of a continued and accelerating surge in coronavirus cases at chatter of a four week lockdown reimposition in the country's second most populous state, Victoria (capital city Melbourne is where cases are rocketing higher).

AUD/USD highs just ahead of 0.7000 were rejected as news (rumours) crossed of a jump in cases by nearly 200 - no sooner had I posted it than AUD began to fall. Its since been as low as under 0.6960 as the rumours were shown to be accurate. But, AUD is not the only loser against the USD, NZD, EUR, GBP and CAD have all had similar sizxe falls while usynee and USD/CHF gained. This is a familiar response across forex to heightening fears on the virus. The news out of Australia came after US cases once again increased strongly, and Tokyo was above 100 for a fifth consecutive day.

Stocks in China gained at the opening but the heat has come out of the rally since. Still up on the day but as I post the gains have been halved.

The RBA meeting is yet to come, due at 0430GMT, previews above in the bullets. 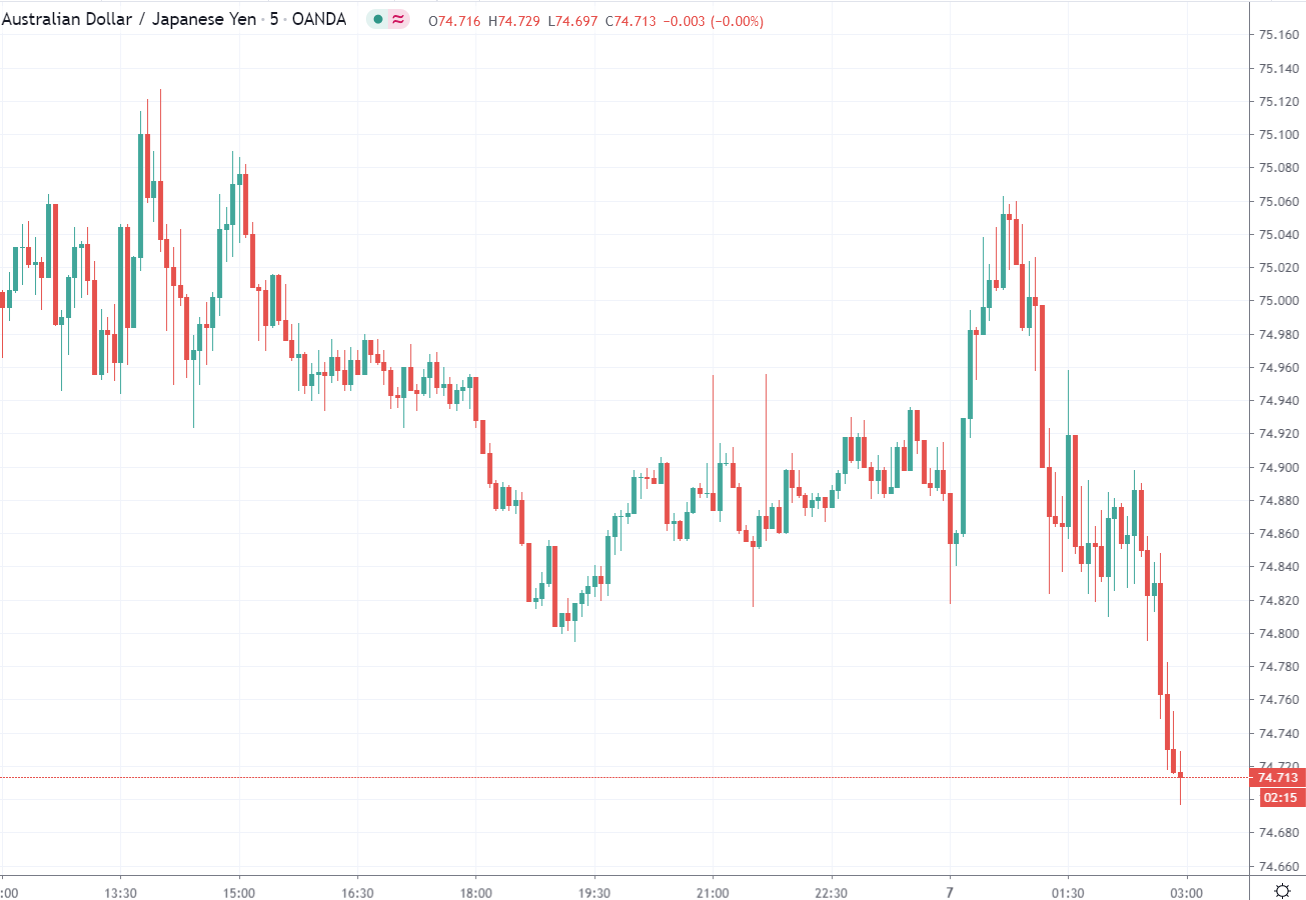