After markets had closed we saw news come from the US/Mexico talks. In a nutshell (see bullets above for move) we were assured progress was being made, told that talks would continue on Friday, and that the Monday deadline was still in place. Intermingled amongst the politics was news Moody's had downgraded Pemex to junk.

There was more politics afoot - Brexit related this time with Nigel Farage's Brexit party polling very strongly indeed in a by-election, but not enough to wrest the seat from the incumbent Labour Party. It was very close though. Cable is barely changed on the session.

Also in the barely changed bin are EUR and CHF. USD/JPY ticked back to highs above 108.50 but has not held above there as I post. Its looking like it will head above there but of course, we are only an arbitrary headline away from anything-could-happen. Best to stay in touch and nimble.

AUD/USD and NZD/USD did not do much, but as I update both are testing session lows. The two have not been helped by a weaker offshore yuan, which was sent down on comments from People's Bank of China Governor Yi Gang on deprecation, see bullets above. 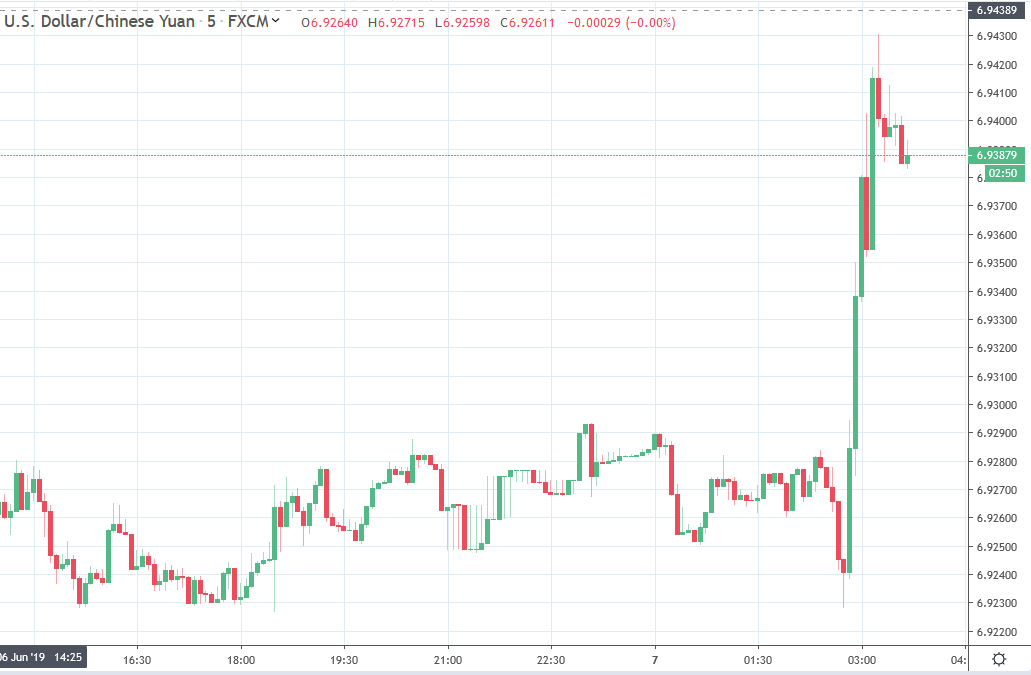 Gold is a touch softer on the session, there isn't much in it though. .

Trump was on Fox, various comments but nothing unexpected.