Forexlive Americas FX news wrap: USD little changed after up and down session

The North American session started with the CAD as the strongest of the majors as crude oil prices moved back above the $70 level and chatter about higher prices through the winter The pair supported.  The CHF was the weakest.

As the day comes to a close those two currencies remain as the strongest and weakest. The USD which was higher earlier in the day, get back some of the gains and is closing near unchanged levels verse the EUR, GBP, JPY and NZD. The greenback is higher verse the CHF, lower verse the CAD and modestly lower verse the AUD as well.

The US dollar moved higher in early trading, but later declined as stocks weakened and US interest rates remained lower. There was little in the way of economic data although inflation concerns remain an issue. A New York Fed survey on consumer inflation expectations hit an all-time high in the series. Also OPEC forecasted global oil demand will exceed pre-pandemic levels in 2022.

PS Bank of America is out saying that they could see $100 a barrel.

PSS. The US CPI data will be released tomorrow at 8:30 AM with expectations of 0.4% for the headline number and 0.3% for the core measure

Although higher inflation could be viewed as bullish for rates and the dollar, it also can lead to a lower dollar as the economy slows.

Overall, the change of the US dollar from day-to-day was little changed 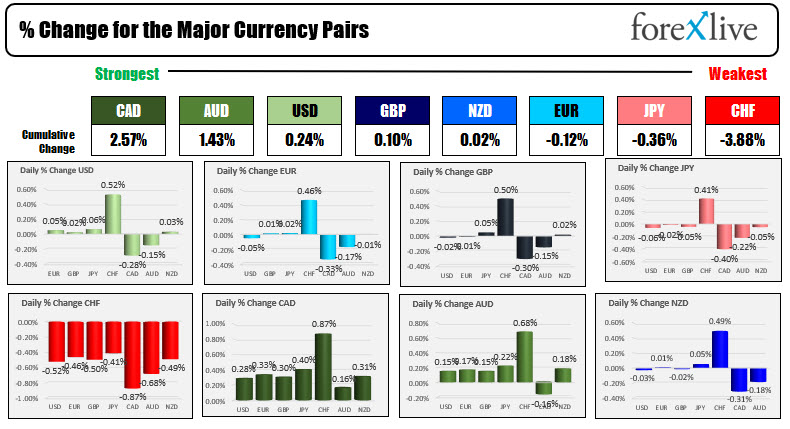 Looking at the US stock market, it had its share of up and down trading especially in the NASDAQ index.

After all the major indices open higher, the NASDAQ startedto lose steam and reversed course into negative territory. The index fell as much as -84.6 points or -0.56% at it's session low before closing down just -9.9 points or -0.07% at 15105.60.  The NASDAQ index is now down for four consecutive days.

The S&P index also moved from positive - earlier in the day - to negative intraday and into the New York afternoon. It traded as high as 34.41 points and as low as -12.88 points.

By the end of the day however, the S&P index closed up 10.15 points or 0.23%. That snapped a five day losing streak for the broad index.

In the debt market, the yields were lower at the start of the day and are ending the day lower as well with the yield curve flattening. The 10 year yield fell by -1.5 basis point. The 30 year bond fell the most by -2.8 basis points. The 2– 10 year spread narrowed by about 1.3 basis. Recall from last week, the demand from foreign investors was very strong especially in the 10 and 30 year sectors. That buying seem to have continued in early trading this week

The price of bitcoin had a wild ride today as the market reacted to a tweet from Litecoin that Walmart would accept Litecoin.  That tweet was deleted with Litecoin officials say they got a little "over excited".  That is not good one the SEC is looking closely at crypto. 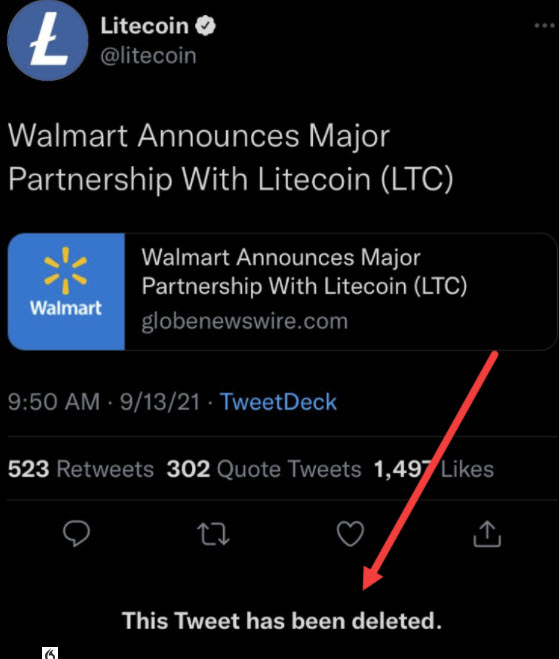