The expectations was that quarter end rebalancing was going to lead to selling stocks and buying bonds. Early selling last week saw the S&P index move from 3154 down to a low of 2999 early yesterday. However, since then, buying took over and forced the index to a high today of 3111.51.  That rise was capped with a solid gain of 1.54% in the S&P today.

For the quarter, the major indices all had multi year high percentage gains. 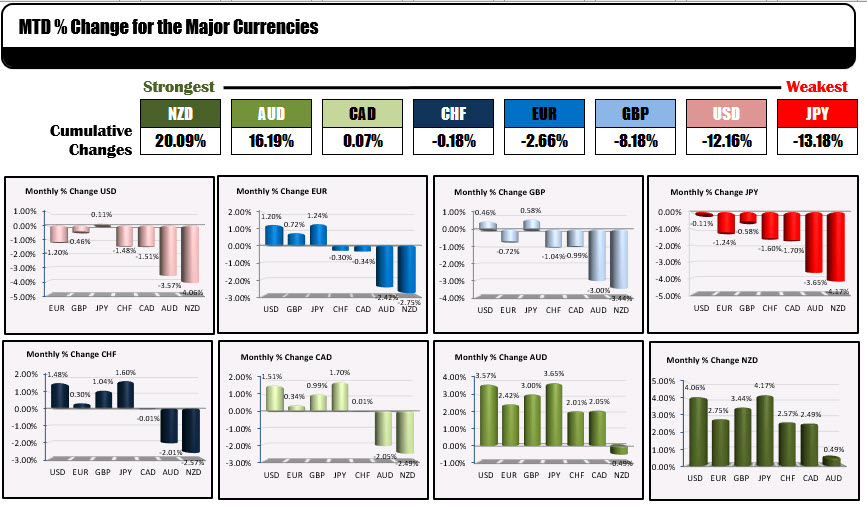 For the year to date, the picture is still leaning toward the flow into the safety of the CHF and the JPY as stocks are overall still down across the board with the exception of the Nasdaq index for the year.  The GBP is the weakest as it has continued to deal with the Brexit risk. The CAD is the next weakest currency for the year. That weakness can be broadly attributed to the sharp fall in crude oil prices in 2020. 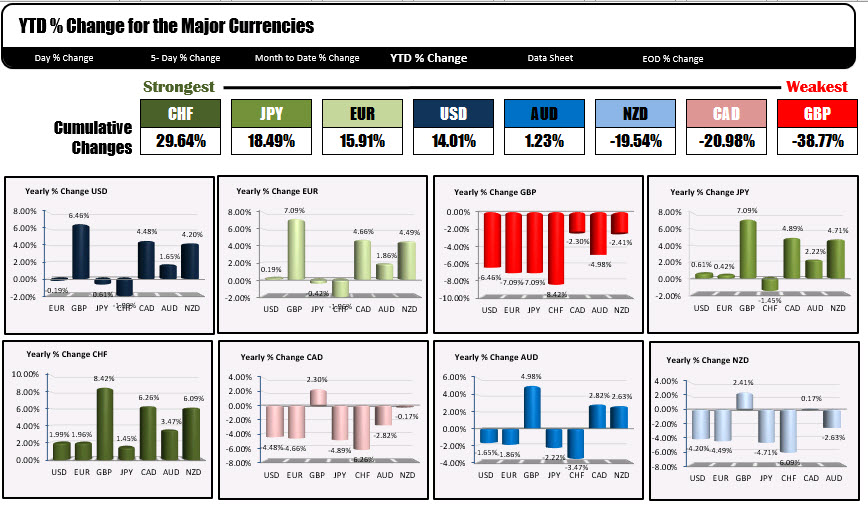