Latest coronavirus developments: The good, the bad, the ugly

How is the coronavirus situation shaping up to be at the moment? 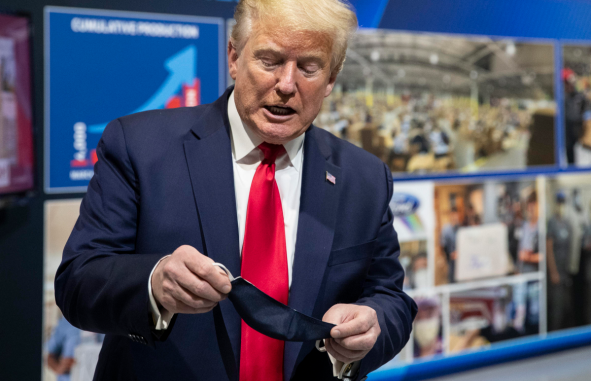 It seems like vaccine talk - or any news that presents thing as the glass being half-full - is the only thing that matters most to investors these days. And I reckon that says a lot about what the bias in the market currently is.
The story in itself isn't quite "groundbreaking" or anything of the sorts, but investors continue to lap it all up so long as it fits their narrative and view of the market.
Despite only seeing a single notable headline, what isn't talked about is the improvement in the virus situation in most other countries across Asia (including China after the Beijing hiccup) as well as Europe (notably the likes of France, Italy, Spain, Germany).
There is the odd hiccup in cases still for the most part but the respective governments are playing it down to them being isolated outbreaks and no real cause for concern that will lead to any return of major lockdown measures seen a few months back.
That said, caution must be heeded as complacency is the real 'killer' in this case.

While things are going better in some countries, not all is smooth sailing in others.
Most notably, we are starting to see a resurgence in cases in the state of Victoria in Australia and for Japan, Tokyo is also seeing some real cause for concern as cases nearly double to 107 in the past 24 hours - with some of the origins not able to be traced.
Austria also saw a sudden surge in new cases - highest since mid-April - and that may be a prelude of things to come in Europe as border restrictions are relaxed further and international travel looks set to resume in the coming weeks/months.
Meanwhile, you have Apple and McDonald's (other businesses are also surely doing the same) closing back some of its stores in virus hotspot areas across the US with New York even postponing the start of indoor dining.
On the latter, that will continue to hurt restaurants and the services industry as the situation continues to keep consumers more cautious for the time being.

I think the headlines above speak for themselves and pretty much tells the story that the virus is rampaging across the US and is proving to be very difficult to stop.
Even if no lockdown measures are imposed, there should be a tipping point where the spread of infections kill enough people - especially if medical capacity is overburdened - to instill a sense of fear that everyone else will just stop going out in general.
There's already plenty of chatter about triage in the virus hotspot areas in the US and that is not something you'd like to be reading about as a human being.
As for that tipping point earlier, that number is the big unknown. It could be tomorrow, or it could even be until the virus keeps spreading over the next few months still.
The thing to be mindful about is that even if the virus does not kill the majority, it is going to keep people sidelined from work and also spread fear among the population. This may not be reflected in economic data for now, but it will play a role down the road.

Where do we go from here?

Considering the circumstances, you would think that at some point the overwhelming flow of bad and ugly news will just weigh so heavily that it will begin dragging the market lower i.e. equities start shuddering and risk aversion will be return more strongly.
It is hard to ignore the constant echo chamber but the fact is as long as the virus threatens to stay as an impediment to the day-to-day life, it will weigh on consumption and spending patterns as well as business profitability and decisions.
That said, the market has been living in this dystopia over the last three months that it is also hard to ignore the narrative that 'cheap money' is just really that powerful.
The Fed isn't going to take away the punch bowl as they are too afraid and that can be a factor that just comes into play at any given point in time during this crisis.
The big unknown is whether or not we can all continue to keep living with this distortion that markets have detached themselves - more so than it already has been in the past - from the economic reality and valuations in general.
If the last quarter was any indication of the new reality in the market, then perhaps virus "fundamentals" don't matter - that is until they do once again. Think back to late January and February, before the curtains came crashing down in March.