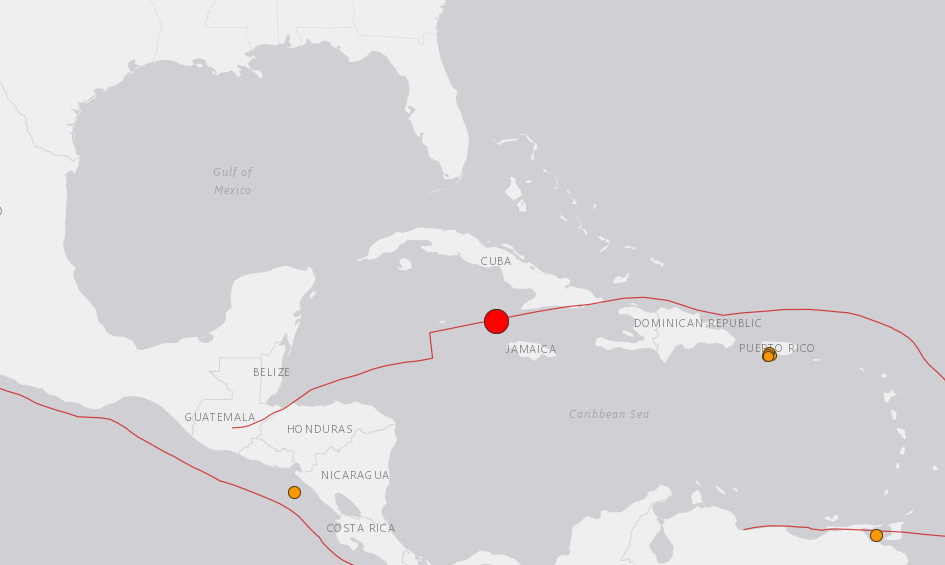 The USGS reports a 7.7 magnitude earthquake in the Caribbean sea between Cuba and Jamaica. There's no word on a possible tsunami.
The epicenter is located 117km northwest of Lucea, Jamaica at a depth of 10 km. That's almost directly east of the Cayman islands and Montego Bay is located 133 km SE of the epicenter. It was directly on the Cayman Trough, which is part of the Gonave plate.
For reference, the earthquake that caused the devestating Japan tsunami was a 9.1 magnitude quake 400 km offshore at a dept of 29km. It created 30 ft waves.
Much goes into whether or not an earthquake will cause a tsunami, including the depth and the type of fracture.
There are widespread reports of people feeling the shaking throughout Jamaica and building evacuations are underway. Early reports say the shaking was long-lasting but not severe.
Update: A tsunami warning has been issued for Jamaica, Cuba and the Cayman Islands.
If the magnitude of 7.7 is confirmed it would be the largest since an 8.0 quake in Peru last May. It killed two people and injured 30.
It was initially reported at 7.3 but has been revised to 7.7.
The USGS says waves of up to 1 meter may be present in coastal areas and the Cayman Islands has urged people to evacuate away from coastal areas and to higher ground.
Update 2: In Hanover Jamaica there are reports of structural damage on some buildings but there are no reports of injures yet.
This picture shows some damage either due to high water or shaking in the Cayman Islands and this video shows shaking in Jamaica. There are reports of sinkholes in the Cayman Islands as well. 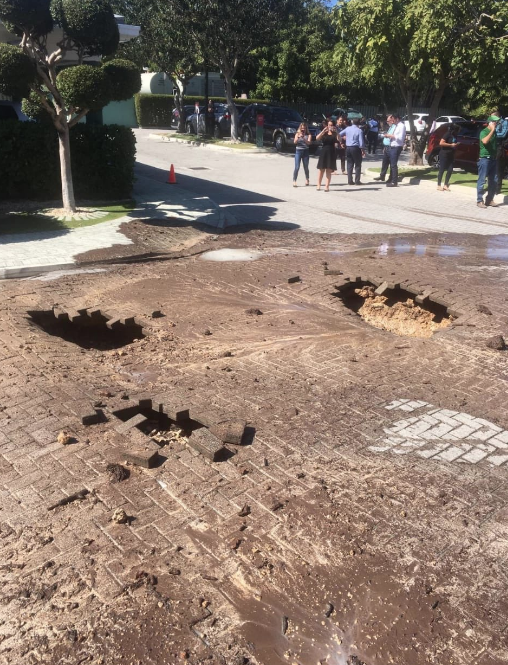 The USGS estimates that the overall risk of damages is low, largely due to the distance between the earthquake and the islands.
Update 3: The International Tsunami Information Center says the risk of tsunami has now passed.
ForexLive