It's been a wretched year for hedge funds of all sorts. Global macro funds were caught offguard by the volatility. The FANG group of tech darlings were blown out and now metals are punishing another popular trade.

The FT reports that Lansdowne Partners, one of the best known funds in London, was short of 227m Glencore shares, according to data from the FCA. The shares of the company have doubled since mid-January.

The FT writes today that betting against miners was a popular way to short China in anticipation of slower industrial growth.

The rip today in metals and miners might be a signal that funds are throwing in the towel. Shares of Glencore are up 28% in the past four trading days.

In the physical market, the same kind of pain is hitting. Nickel is the best performer in the US commodities market today, up nearly 4%. Who would want to be short this chart? 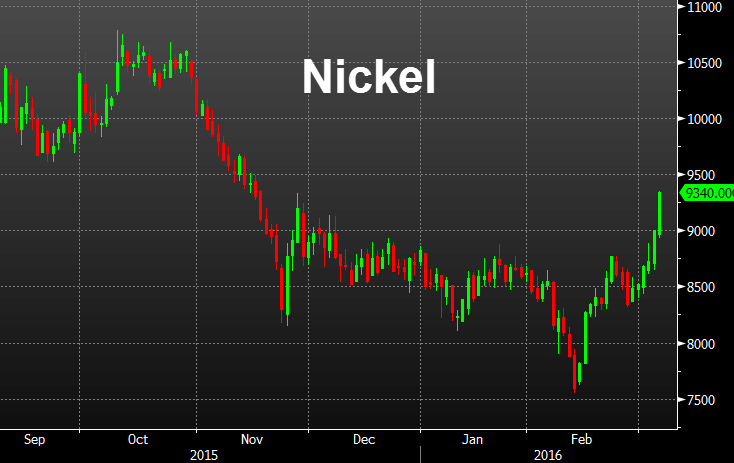 There are two lines of thinking here. The first is that it's an old-fashioned bounce. Commodities have been slaughtered and shorts covered. Bottom-pickers are stepping in as well. The second is that the trade got way too far ahead of itself, assuming that China was headed for a hard landing and the US a possible recession.

Over the weekend, Chinese leaders were confident and after non-farm payrolls, the worries about a US slowdown should be put to bed.

I think worries about the global economy were overstated but oversupply is still a tremendous problem in many commodities. For now, the growth story is dominating and likely to continue to do so until the shorts are squeezed out.