Oil finishes 1.5% lower but well above the worst levels of the day 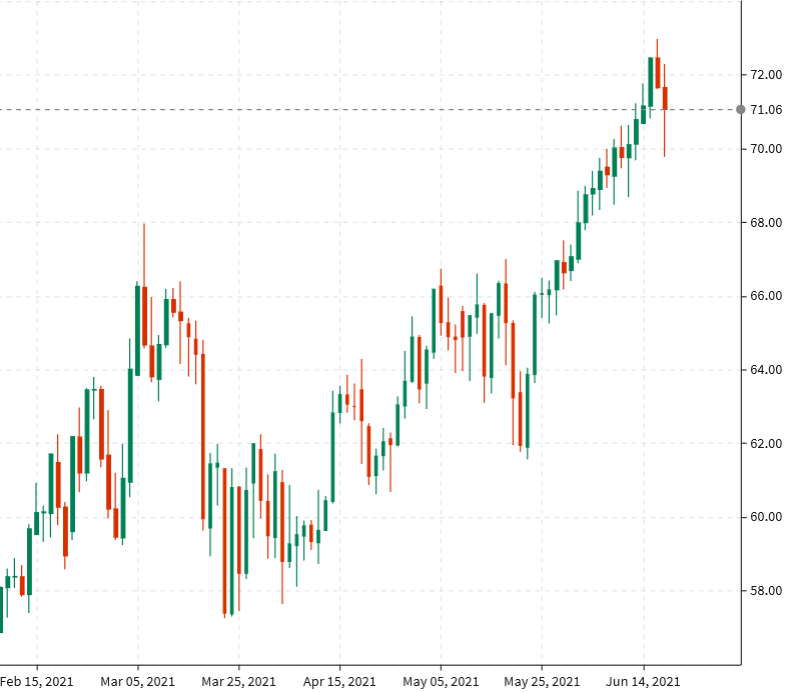 WTI crude oil settled down $1.11 to $71.04.
The drop today breaks a two-week run of new intraday highs nearly every day. The move had grown long in the tooth but the bulls had something to cling to late in the day as it bounced from a low of $69.77.
There was some positive Iran-deal talk that weighed today but the drop was mostly about big unwinds in the reflation trade.
I'm a major oil bull but lately the chorus of people talking about oil and $100 oil has grown larger and larger. They're saying what I was writing back in October when it was in the $30s.