The price of XRP surges another 39% on the day, up to $3.80 - according to CoinMarketCap 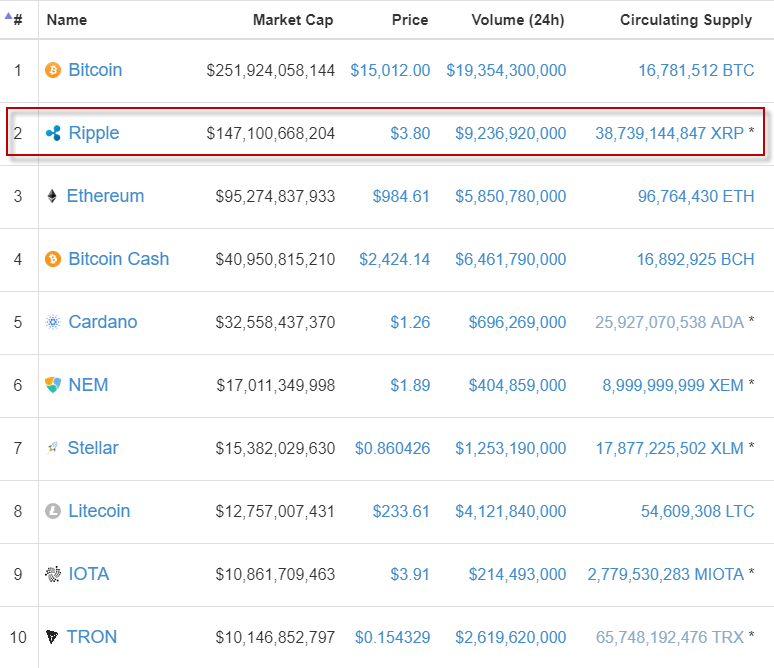 Is the "flippening" already in the works? Ripple's surge since garnering media attention at the end of December has been rather astonishing really.
From a slow rise to moving ahead of Ethereum as the number two spot in terms of market cap, and then to above $100 billion in market cap, suddenly it looks like it has a real shot at gunning for the Bitcoin throne.
It was only on 28 December that Ripple's market cap was sitting just above $50 billion, when mainstream media started to pay more attention to it. Now, it's almost triple that amount in just over a week. Mind blowing.