USD/JPY is the thing to watch

Stock futures pared some losses after the initial jobless claims report. Maybe they weren't as bad as feared or maybe there were would-be buyers who just wanted to wait until after the day. In any case, US equity futures have cut losses by about 1.3 percentage points to 0.7%.
The story in the FX market is USD selling today and there was a very small pop in the dollar after the data but that's been erased now and the dollar is back near the lows across the board.
As Justin frequently highlighted earlier, USD/JPY is breaking down after a number of failed attempts to break 111.50/70. 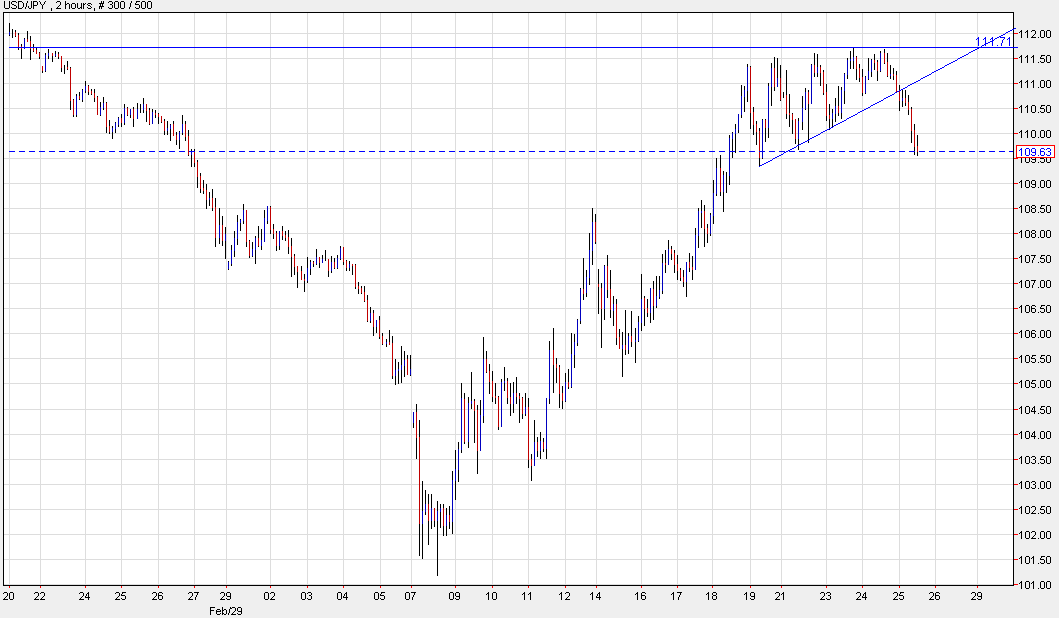 What's happening is that that dollar-funding strain has eased while the focus now moves to the economic calamity that's unfolding.
See: There are three crises' unfolding right now and we're in the eye of the hurricane
I wrote in it:

USD/JPY remains an extremely interesting chart for me. It's way too  early to say that 111.50 and 112.40 have held but there's an opportunity to sell that pair here with a reasonably-close stop and tremendous  downside. If the financial crisis is over, the funding demand for US  dollars will ebb and the safety demand for yen will remain.