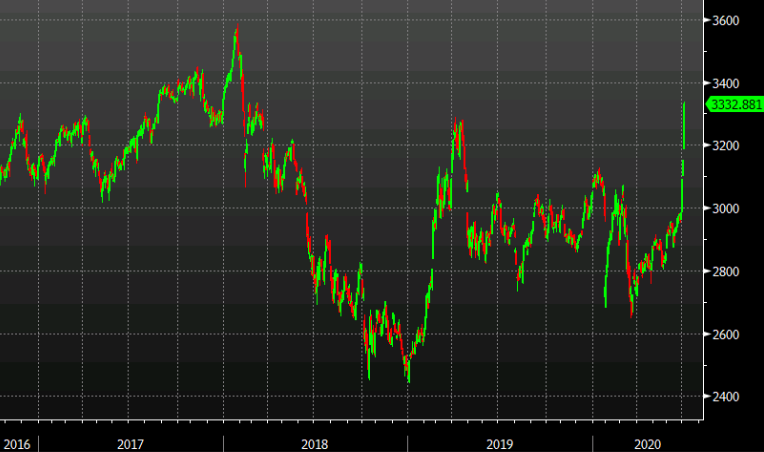 What to make of the nearly 14% rally in the Shanghai Composite in the past five days?
We've seen parabolic moves in individual stocks for months but this is a parabolic move in an entire index and it's extreme even by Chinese standards.
This looks like a mania stoked by Chinese media cheerleading. State-owned Shanghai Securities News ran a story on Friday titled "Hahahahaha! The signs of a bull market are more and more clear." The China Securities Journal also talked up the market.
The volumes have been massive on this upmove and many are pointing to 2014-2015 when state media cheerleading led to a spectacular rally in stocks. 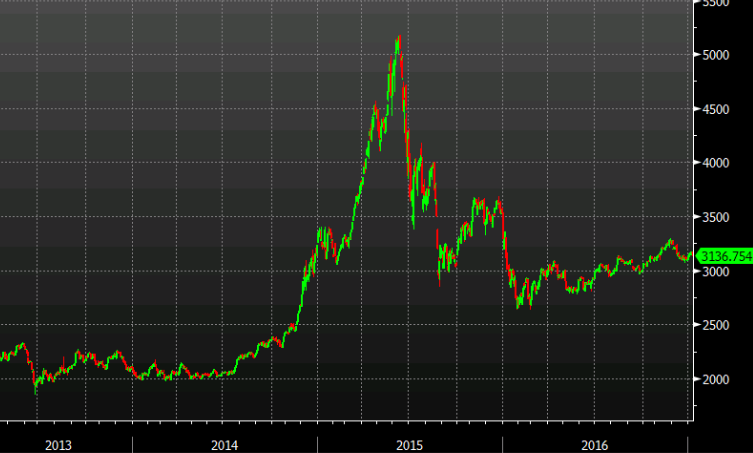 Bloomberg data shows margin loans in China at the highest since 2015.
The ability of stock to rally everywhere despite the economic threats from the virus highlight the opportunity for a summer melt-up everywhere.