Trump blames Fed for 'highest dollar in US history'

More from the President

Doing great with China and other Trade Deals. The only problem we have is Jay Powell and the Fed. He's like a golfer who can't putt, has no touch. Big U.S. growth if he does the right thing, BIG CUT - but don't count on him! So far he has called it wrong, and only let us down....We are competing with many countries that have a far lower interest rate, and we should be lower than them. Yesterday, "highest Dollar in U.S.History." No inflation. Wake up Federal Reserve. Such growth potential, almost like never before!

The US dollar is not at the highest levels in history, it's not even close.
Dollar index: 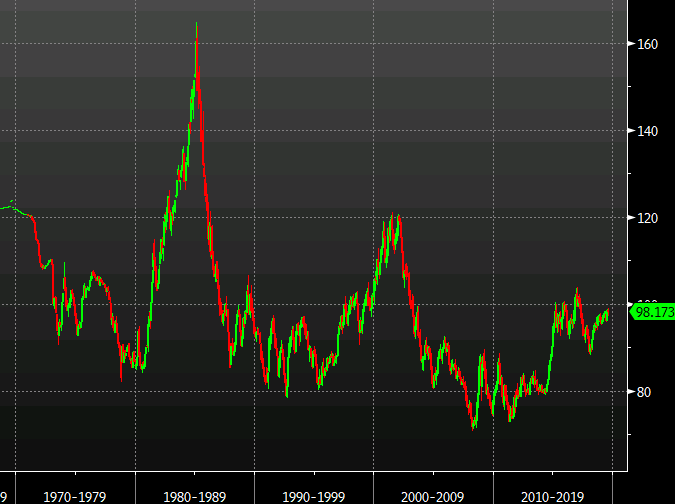