CNBC says Trump's tweet was written with Navarro and Lighthizer by his side. That means whatever is coming it's from those two China uber-hawks
. 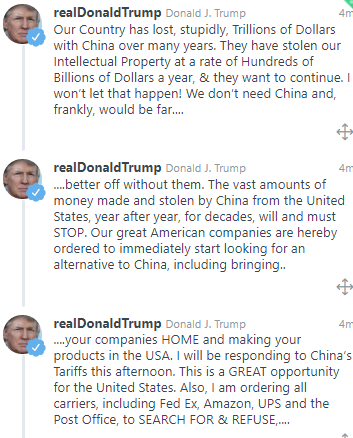 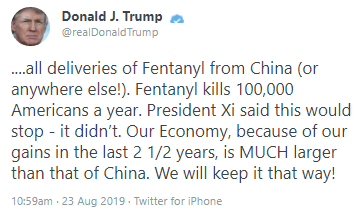 The hint here is that he's going to announce more tariffs or some kind of China blockade or more tariffs. It's anyone's guess but he sounds angry and the market is blowing up on this.
I've read this series of tweets 10 times and it's tough to guess what it is. But it's certain to be an escalation. No idea how he could go about the idea of 'ordering' companies out of China but he's starting to sound a bit unhinged.