Currency reserves may be related by 60% 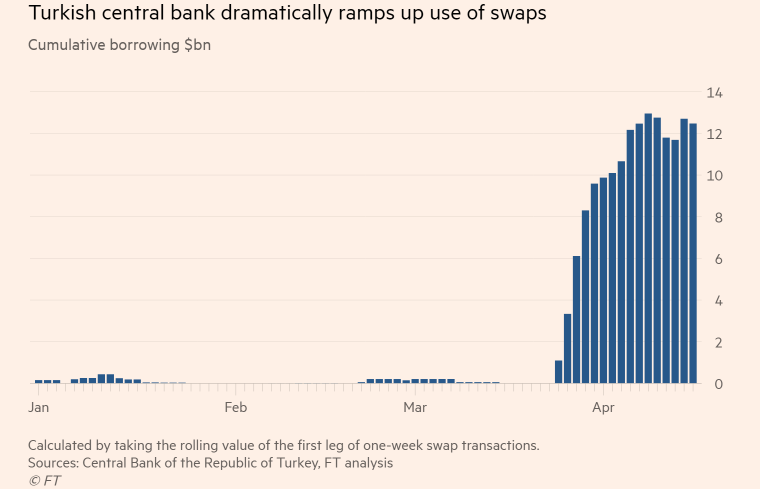 The Financial Times reports that Turkey's currency reserves may not equal the $28.1 billion touted by the central bank. Instead, they could be inflated by short-term borrowing via swaps. Strip those out and reserves total only $16 billion.
It's a key metric because the reserves are Turkey's defense against a run on the currency. Declines in the reserves have caused a run on the currency in the past.
In a written response to questions from the FT, the central bank acknowledged publicly for the first time that its use of currency swaps "may impact reserve figures", but said its method for accounting for them was in "full compliance with international norms".
A former senior official at Turkey's central bank, who did not wish to be named, said the extra dollars had been borrowed, not earned. "This is not an orthodox [approach to] central bank reserve build-up."
If the analysis is correct, net foreign assets are down to just $11.5 billion from $30 billion on March 6.
Read it here.