Runs away from its 100 hour moving average now

The price of bitcoin tried to move above its 200 hour moving average earlier in the day. Yesterday, there was another attempt above that moving average but both tries failed. 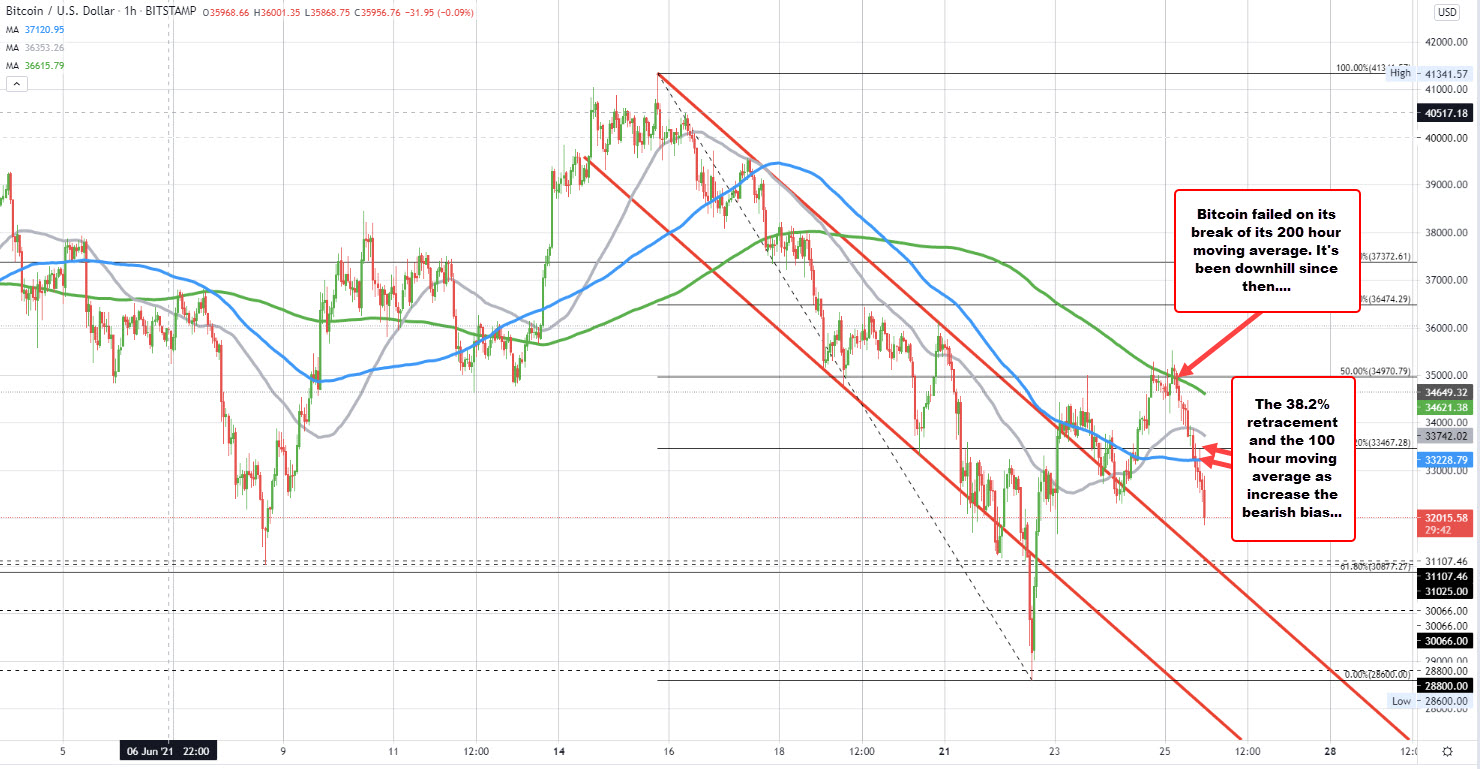 Since failing today, the price has been stepping down in a steady fashion. More recently, the price fell back below its 100 hour moving average at $33,228.79. It also fell below the 38.2% retracement at $33,467.28. Those levels are now risk levels for sellers. Stay below is more bearish.
Overall for the day the price is down around $2800 or -8%. The price currently trades just above $32,000.
This week the low price extended all the way down to $28,800 on Wednesday before snapping back higher. The high price today reached around $35,500. That high in addition to extending above its 200 hour moving average, also also extend above the 50% retracement of the move down from last week's high at $34,970.79.
Typically, a break above the 200 hour moving average and the 50% retracement is a bullish signal that leads to increased momentum to the upside. However the failure of the break can also be telling of the buyers strength. Today, the buyers failed and the sellers took over.
Sellers more control.
Invest in yourself. See our forex education hub.