Bitcoin today is surging higher. The price is trading back above the $16000 level (currently trading at $16300).  Yesterday, the lows were closer to $14100.  The high on Coinbase today reached $16586. The high going back to December 27th came in at $16490.  The 61.8% of the move down from the December 18 high comes in at $16266.  This area where you might expect resistance.
The catalyst that got the ball rolling yesterday was the ability to hold the 100 and 200 hour MAs (blue and green lines). The inability to move below those lines gave buyers the go ahead to push higher.
Bulls are in control but overhead resistance at the $16266-$16490 area may give the longs cause for pause. 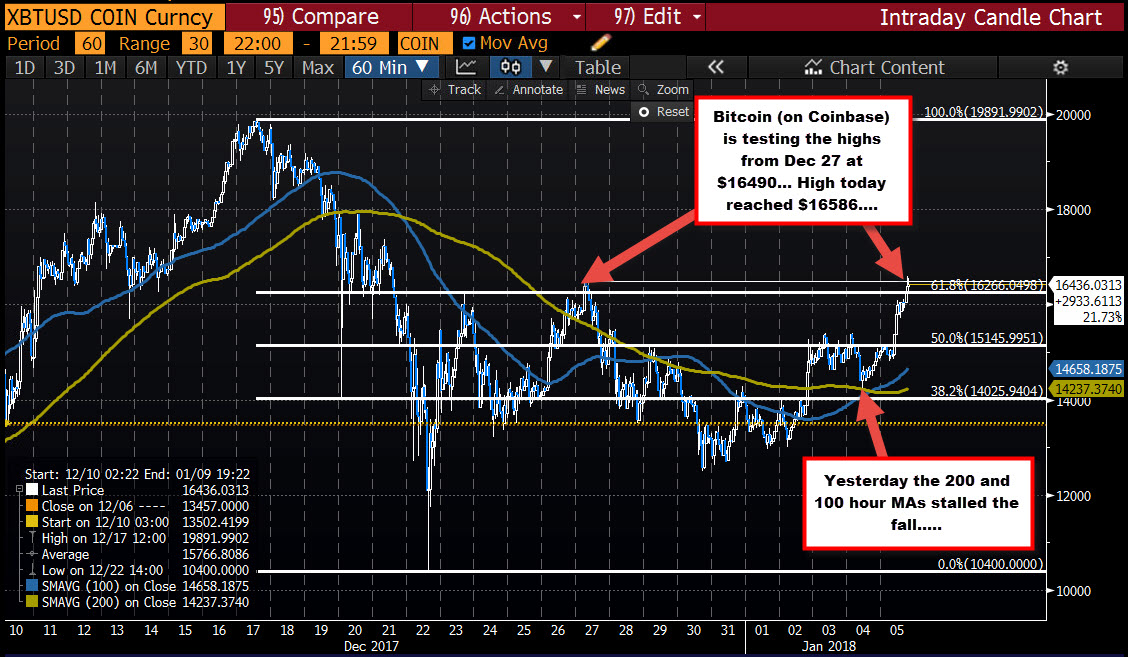 Does the bitstamp exchange show a similar pattern?  Yes.  Like on coinbase, the 100 and 200 hour MAs held support on Bitstamp and that was the catalyst for higher prices. The equivalent 61.8 retracement comes in at $16416.67. The high from December 27 comes in at $16480. The high today has extended to $16531.
So the technical picture is very similar, with a reason to stall the rally at a technical level but bulls firmly in control. 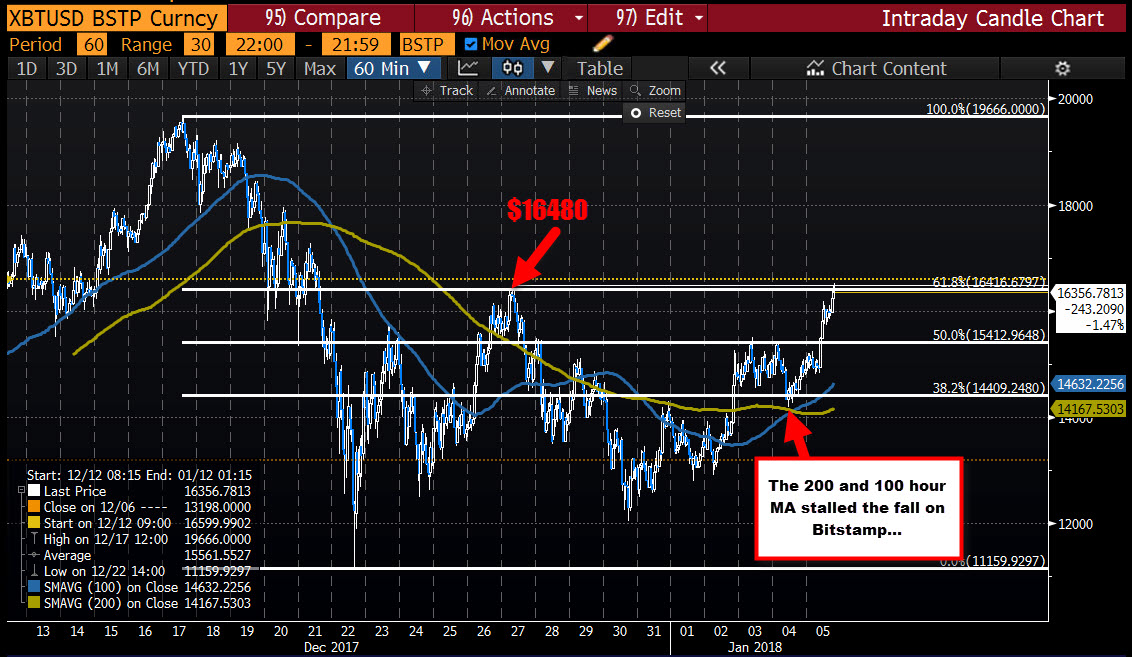