Forex technical analysis: AUDUSD has some key 2Q data due out later

Retail Sales and Trade balance for April to be released

In the new trading day, the Australian trade balance and retail sales for the month of April will be released. The trade balance is expected to show a deficit of -2100M (this would be the worst since November 2012). Retail sales are expected to rise by +0.3%. The 1Q MoM gains came in a +0.5, +0.7 and +0.3%.   Yesterday, the GDP for the 1Q was released and it showed a 1Q increase of +0.9% which was pretty good.
We know the RBA is not committed to easing again.   That may be because the AUD is more toward the 0.7500 area (or was a few days ago). Much may also be on the health of the economy.  We know the China and global concerns.  The RBA would love to see the growth to continue in 2Q.  A larger trade deficit and lowish retail sales, would not be fit that idea.   So be prepared for a move, if the data surprises from consensus.
Before the RBA meeting, I outlined the key technical hurdles for the pair through the meeting (you can re-read it here).  The importance of the re-read is because the market reacted the way it should have. There was no explicit easing and the price of the AUDUSD moved above the 100 hour MA (blue line in the chart above) and then used that MA as support. 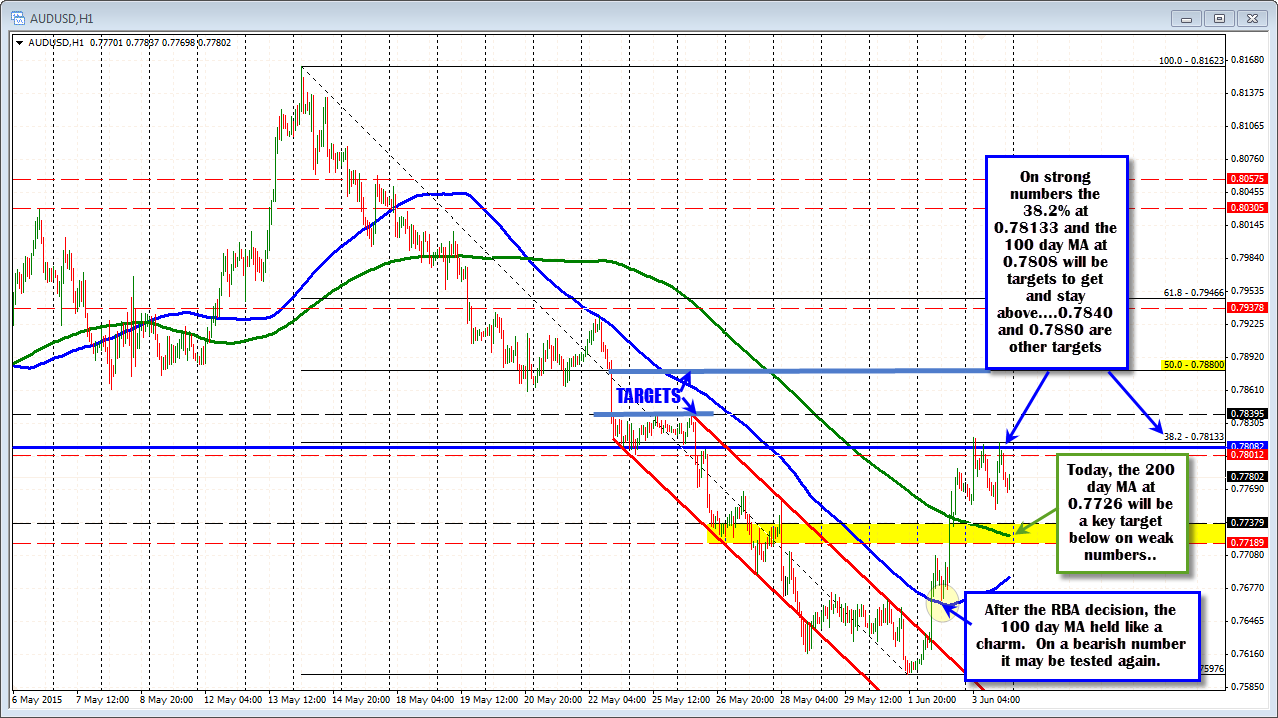 Why is that so important?  Because the market traders waited for the news, then reacted after the fact with no event risk - just market risk.  That market risk was definable.  Was there an opportunity to buy the AUDUSD against the 100 hour MA after the statement did not explicitly call for an easing?  Yep.  The price moved higher from there.
That brings us to today with more important data. What are the technicals telling us here?
Well,
So with support below and resistance above both well defined and the price trading between those levels, the market is saying "show me the way numbers. 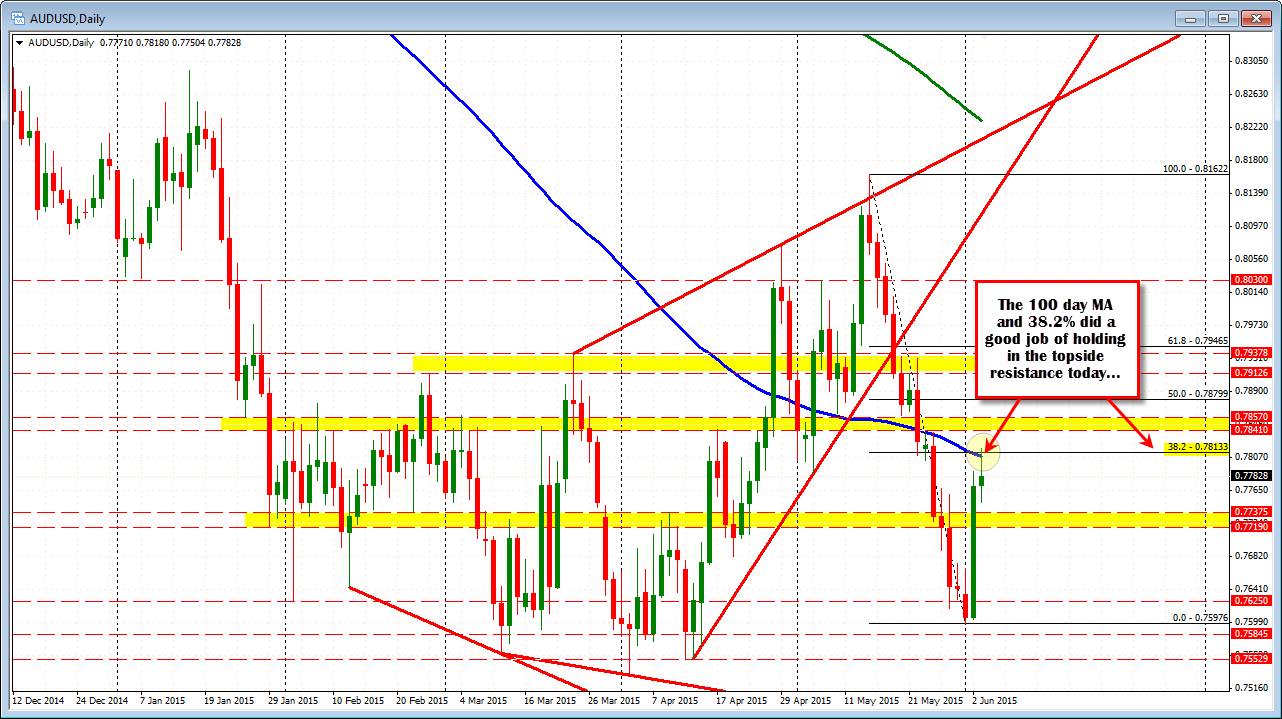 With two numbers coming out, there is a risk that one cancels another, but if they come out either both better than expected or both worse than expected, traders can expect that the technical extremes should be tested and may even be broken. Use that aggressive mindset to help drive your trading.