The GBPJPY is not immune from the GBP selling today (of course). The pair has moved into the negative now. The pair closed at 130.715. The low just reached 130.842. 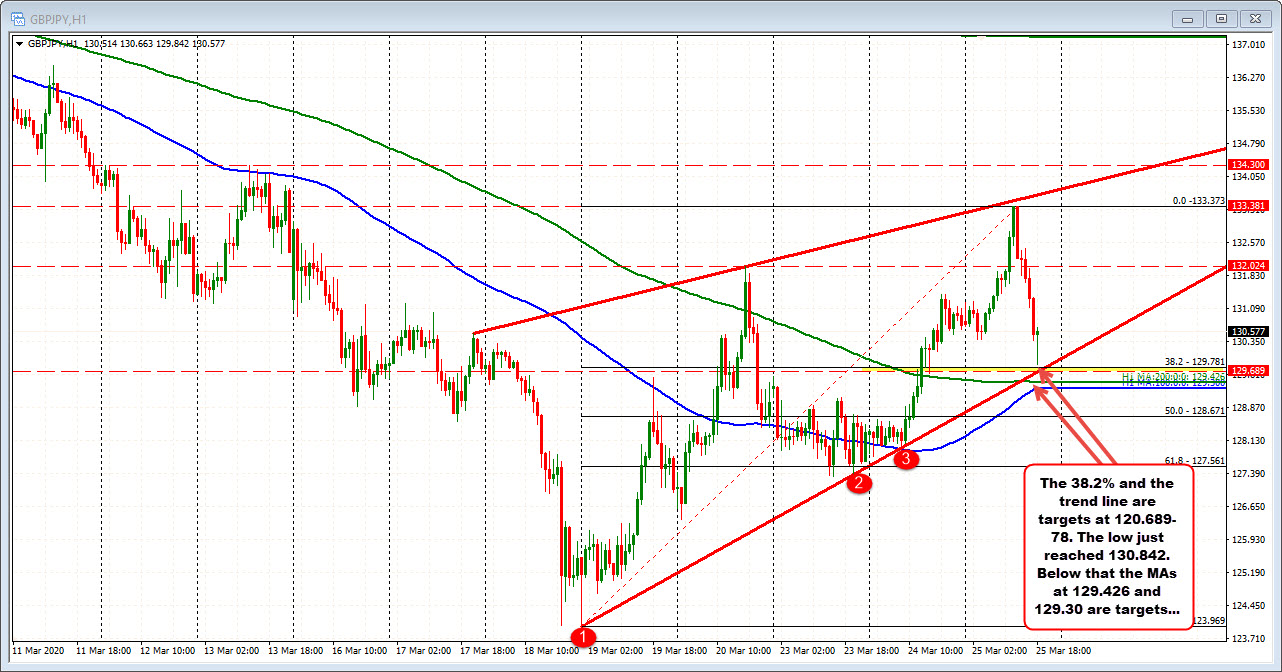