Gold climbs back above $1350 on 'additional stimulus' talk 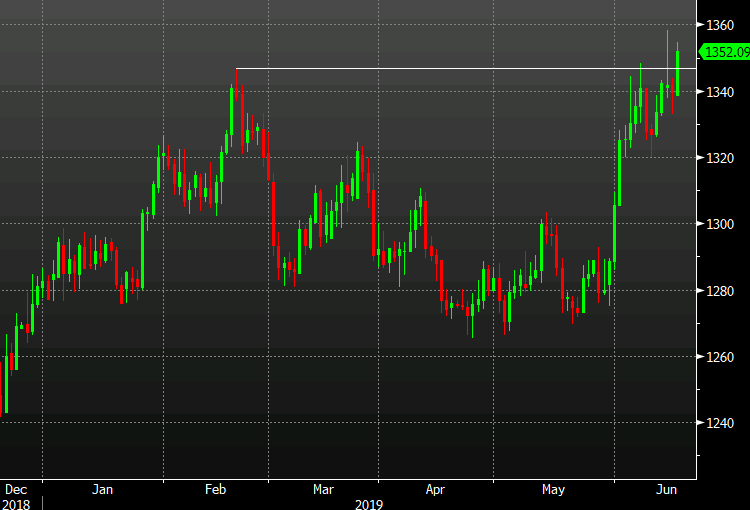 Gold yields nothing, but that's better than billions of sovereign bonds. French, Austrian and Swedish 10-year bonds hit a zero yield today for the first time after Mario Draghi said additional stimulus will be needed "in the absence of any improvement" in the outlook.
Gold rose $13 to $1352 as yields globally sank and stock markets jumped.
The $1350 level is key because it was the February high. It was breached on Friday briefly but the gains later evaporated. The next level to watch is $1358, which was the intraday high on Friday. It will surely break if the Fed sends a dovish signal.
Beyond that, we could be in the process of breaking out of a multi-year consolidation pattern that's capped at $1381. The sky would be the limit if that gives out, especially if it's coupled with central bank easing, a trade war and other uncertainty.