NZD/USD bets were the best trade this week

The New Zealand dollar was the top performer this week while the US dollar lagged. The RBNZ became the first major central bank to lower rates in this round of easing and suddenly it looks like it's ahead of the curve. That may be one reason that the kiwi put together such a solid week.
In the bigger picture, most of the market beat up on the US dollar. One exception was the yen as it stalled against the US dollar as the FX market is torn between falling yields and rising stock markets.
As for NZD/USD, this looks like a standard technical bounce after two months of selling. The major feature on this chart remains the triple top at 0.6950 and this looks to be re-testing the Jan-March range before figuring out what's next. For the bulls, the bounce ahead of the October low is a positive sign, but it's early. 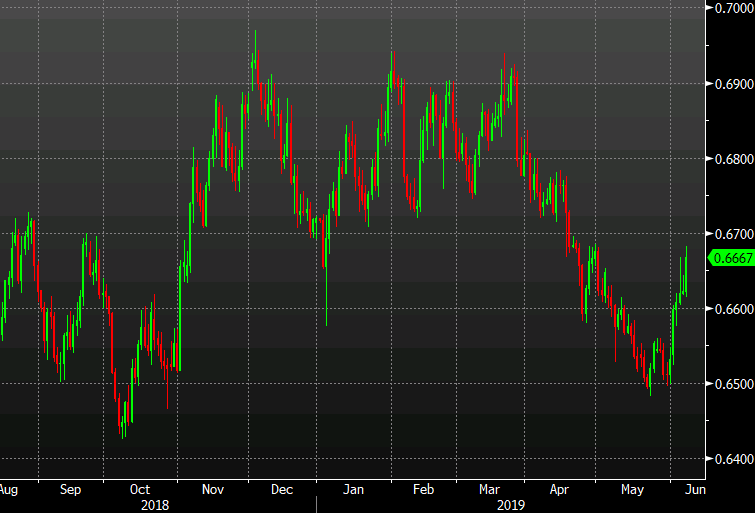