The big moves will be back in Bitcoin soon 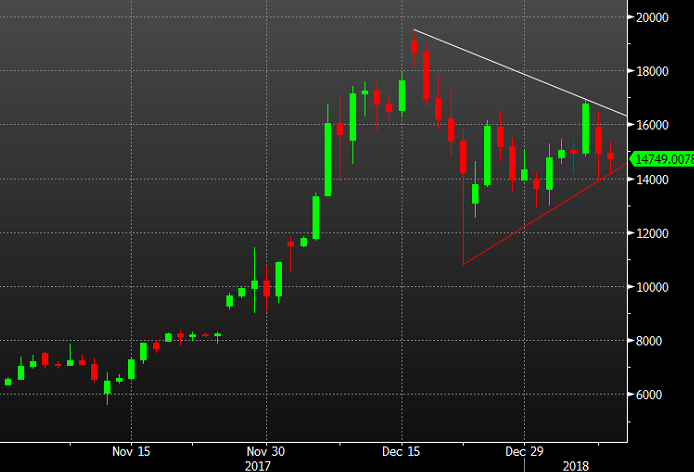 The range has narrowed in the past two weeks to a relatively tight space (by BTC standards) near $15,000.

It's a classic bull-flag pattern and the technical analysis textbook says it's most likely to resolve higher -- something that could take it to +$25,000. That would fit in with the positive narrative that was sparked by Jamie Dimon's rethink on Bitcoin today.

Of course, nothing surrounding Bitcoin works like the textbook. More broadly, I think the trade is to 'go with' whatever the next move is, because it's going to last.

In any case, Bitcoin has fallen off the front pages for a few days but it will be back before long.