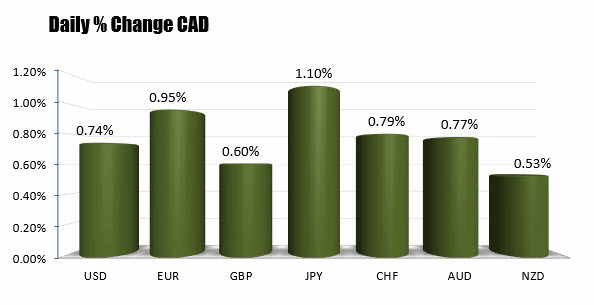 The CAD is the strongest currency on the day thanks to a strong jobs report out of Canada.  The loonie is higher vs. all the major currencies and rallied the most vs. the JPY.  That pair is up 1.1% as London traders look to exit.
What does the charts look like for the CADJPY pair? 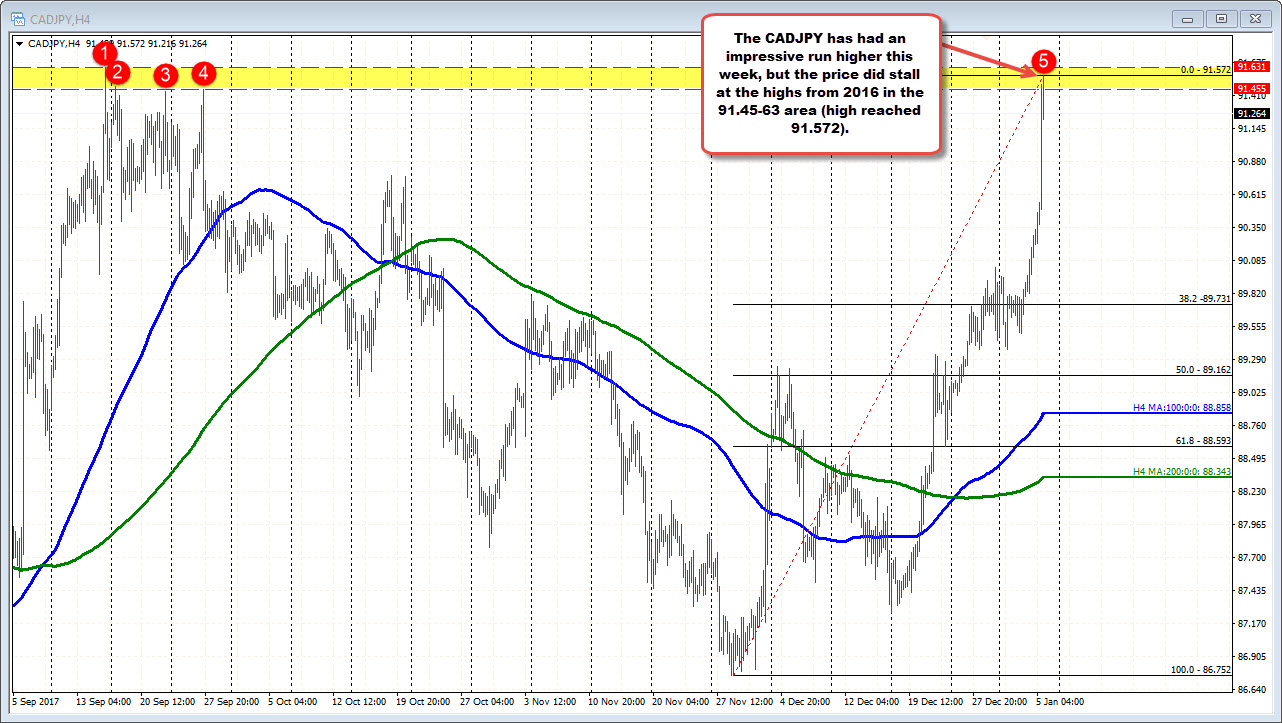 Looking at the 4-hour chart above, the pair this week has been running to the upside - mostly over the last few trading days. Higher stocks helped the JPY pairs yesterday. In addition to the jobs report today, the stocks have continued to benefit the JPY pairs (including the CADJPY).
However, the pair has run into some upside resistance which has put a stall on the rise today.
In September 2017, the high price peaked at 91.63. From that peak, the price tumbled all the way down to a low of 86.752 in November.  Since then, the price has nearly completed the full lap back to the September high. Today, the price stalled at 91.576 - less than 6 pips form the 2017 high. We currently trade at 91.265.
So traders did have a limit - or at least felt compelled to lighten up a bit at the September 2017 highs.  That makes sense as risk can be defined and limited.  I would expect stops on a break above.
Target support now?
Looking at the 5-minute chart below, the 38.2% of the move up on the data comes in at 91.165. The 50% comes in at 91.04. I would expect buyers to show up in that area (traders won't want to see a move below the 91.00 level, however). 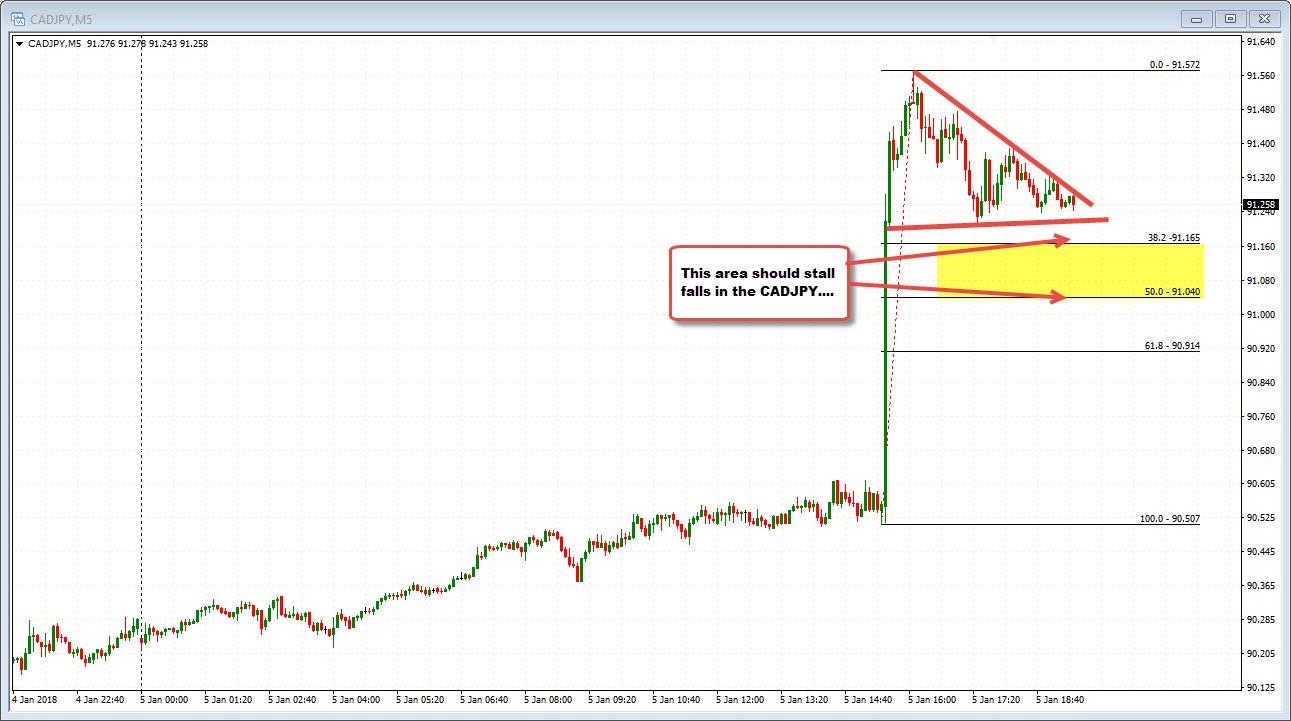