It's all about those banks

An overview of what is in store for banks

Over the last 18 months, governments have printed an unbelievably large amount of money. And while these measures help the economy to rise and thrive, the consequences can be severe for everyone. Let's discuss, what role do banks have in all this and how can we forecast their future actions and stock price's prospects.

Banks during the Covid-19

As one of the crucial members of society, financial institutions have several main functions to maintain the economy in a good state. During the pandemic, banks have been active on a number of fronts. Among them are:

In a nutshell: banks were trying to help SMEs amidst lockdowns and sharp reduction of economic activity. Their goal is to maintain as many payrolls as possible and keep the unemployment rate under control. That's why we are watching after NFP data closely, it reflects broad market conditions.

Banks' stocks have risen for the last year and a half because of:

Moreover, there are prospects for banks to gain even more. Accelerating economic recovery contributes people to borrow more money, though, not as much as expected. As the result, banks gain the potential to increase their buyback programs. Morgan Stanley and Wells Fargo were among the banks that said in June they would increase dividends and buy back more of their stock. Collectively, JPMorgan, Bank of America, Wells Fargo, and Morgan Stanley have announced they'll repurchase $85 billion in shares.

It would be weird not to mention the consequences of rate hikes. As the banks now have enormous sums of money in loans, and floating rates are used widely, raising the federal funds rate by 1% will result in billions of dollars profit in a matter of a year. And we know that rate hikes are just a matter of time.

The nation's biggest banks are about to report profits, and for behemoths including JPMorgan Chase and Goldman Sachs they are expected to fall when the banks report third-quarter results this week. As we can see, rapid growth in S&P 500 earnings will decrease over time as tapering comes into full strength. 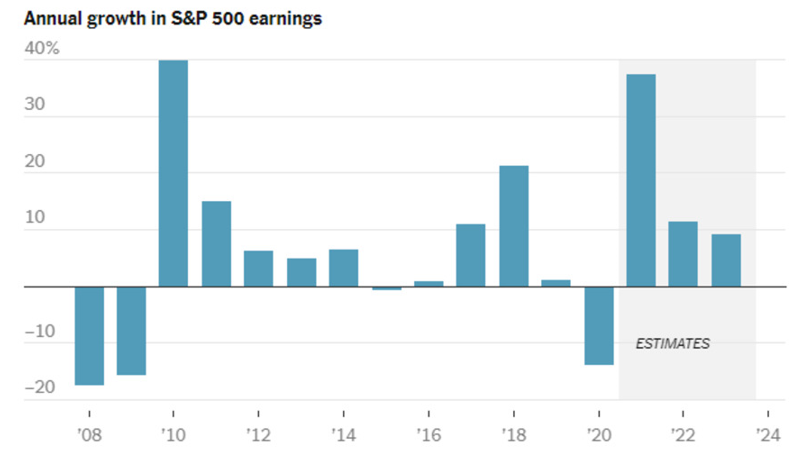 This week, 6 biggest banks will release their quarterly earnings report, including:

Notice, that you can trade these banks' stocks with FBS!

It's understandable for banks to lose the pace of growth. Previous reports were positive due to stimulus, but the time of trillion-dollar money printed out of thin air is gone. Current supportive measures just aren't strong enough to increase banks' revenues compared to last quarter. What is in our sphere of interest, though, is Morgan Stanley, which is expected to increase revenue. We suppose the following reasons:

If to say for the whole financial industry, the end of the pandemic will keep the Covid-19 legacy. We are talking about the transition to online banking and the increase in the number of retail investors and traders, who are trying to deal with the market by themselves. This, in turn, will help the banks to refrain even against tapering and rates hikes. 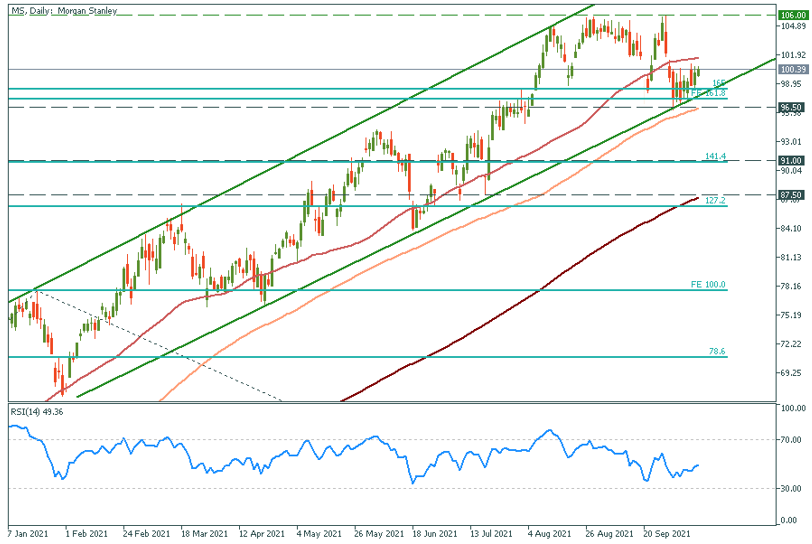 At the end of the day, banks anticipate rate hikes, so future tapering doesn't seem to be so crucial for them. For now, expectations from the reports are mostly negative (Morgan Stanley is a reasonable exception) due to stimulus reduction. What's more important is the bank's forecasts of their future revenues. We will hear from them shortly. As for now, it is a perfect opportunity to consider increasing the bank's share in your investment portfolio.
Invest in yourself. See our forex education hub.