Gold has had a gain of a few dollars on the session here, tensions in Hong Kong have been cited as one supportive factor. 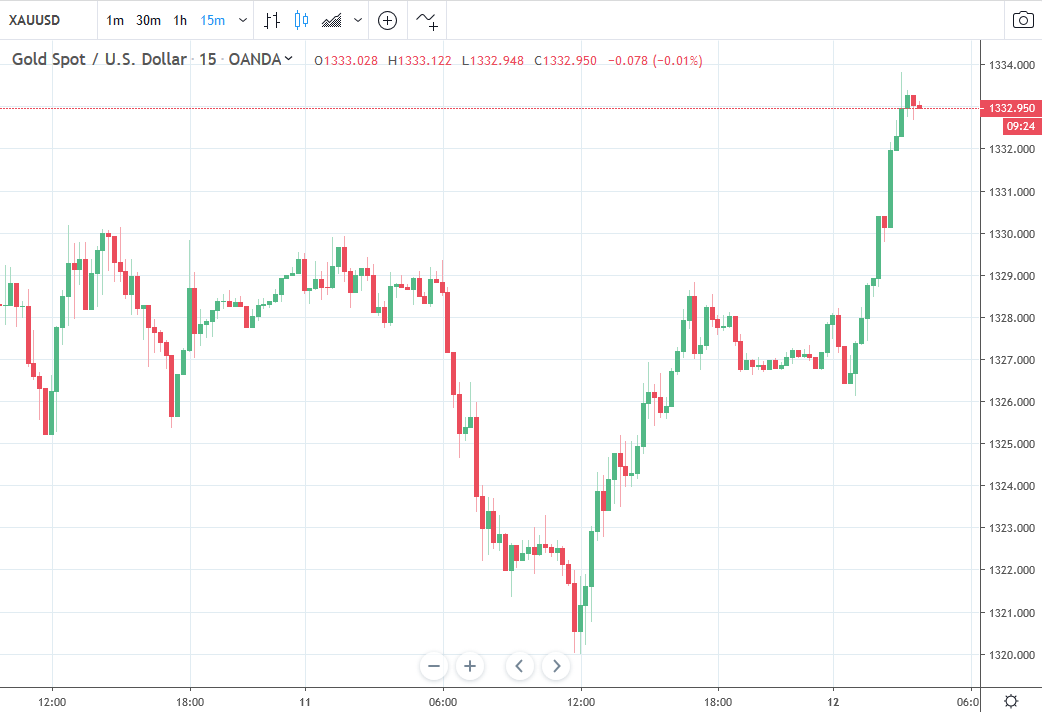 Protests in Hong Kong took a nastier turn today, with a more aggressive police response (reports of capsicum spray being used on some protesters). As I update the latest is that Hong Kong's Legislative Council President Andrew Leung has postponed debate on the controversial extradition law to an unspecified time. HK financial markets were on the move also, with a strong showing for the HK dollar, moving away from the weak end of its band (USD/HKD lower) and borrowing rates higher (1 month HIBOR to highs last seen in Oct of 2008, 2 month HIBOR to highs last seen in Nov of 2008).

We did, though, get some data points. Notable from Japan were PPI and machine orders, while from China it was May month inflation. CPI climbed to its highest since February 2018 on the back of rising food prices (fruit and pork much higher), while the core rate remains much more subdued.

Across FX the needle did not move much.

USD/JPY, EUR/USD, GBP/USD, USD/CAD are barely changed on the session.

NZD/USD has dripped a little lower, down 15 or so points from earlier session highs just above 0.6585. We got some disappointing retail sales data (card spending, see bullets above, is the data I refer to; spending on electronic cards in NZ accounts for nearly 70% of core retail sales). I don't know if the fall in the kiwi can be pinned on this, but it didn't help.