USD/JPY tested the area around 111.50 for the fifth day in what's turned into a slog in the mud. It's a dynamic that can't last as the range narrows. Watch it closely in the days ahead because something big is brewing, especially if the Feb high of 112.40 breaks.
The real intrigue on the day was in cable, which was absolutely manic. It rose to 1.1974 from 1.1830 as Europe woke up but that was just the beginning. Over 5 hours it was slammed back down to 1.1640 and then shot back up to 1.1881.
There's no explaining the wild moves in the currency but no one is comfortable at the moment and volatility breeds its own volatility.  Pictures of packed tube trains against on Wed and a report about a healthy 21-year-old dying from the virus in the UK aren't exactly inspiring confidence in the UK response. 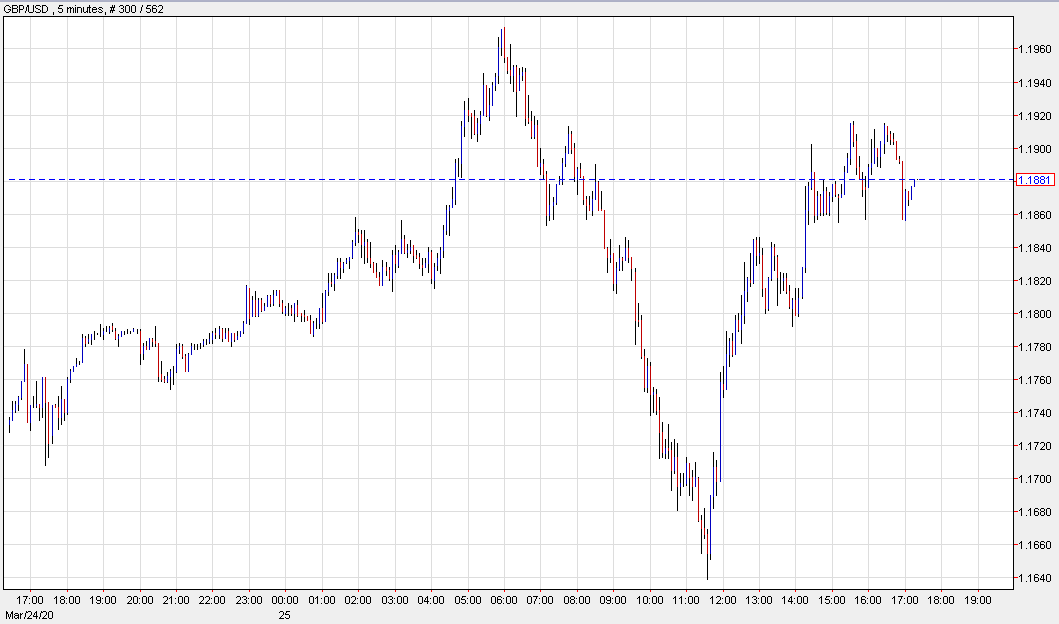 The Canadian dollar was a big winner on the day. One reason was that the government wrote itself a blank cheque to deal with the fallout and will pay $2000/month to people who lose their jobs. A second reason was a hint at help for oil companies, which have been rocked in the crisis. The overall better risk tone was also helpful.
EUR/USD was dull in the early part of the day but caught a bid late in a 100 pip rally.
One thing to watch in the hours ahead are signs that Congress has hit an impasse on the US stimulus bill. The risk is more on the delay side than defeat but the market won't be amused by the idea of going into the weekend without a deal. US equities gave back most of their gains late on the trouble.