Wave after wave of US dollar selling was the theme again as last week's funding-driven gains unwind following central bank action. Even the Bank of Canada cutting rates and launching QE could halt it, although CAD was the second-worst performer.
Flows continue to dominate fundamentals and quarter-end is a part of that.
The snap back in the pound has been equal to the cratering a week ago. It rallied another 250 pips today with the bulk of the move coming late in the day.
The euro made a big comeback from a drop down to 1.0950 at the start of New York trade. It found a relentless bid there and climbed all the way to 1.1140. The daily chart shows the extent of the volatility. 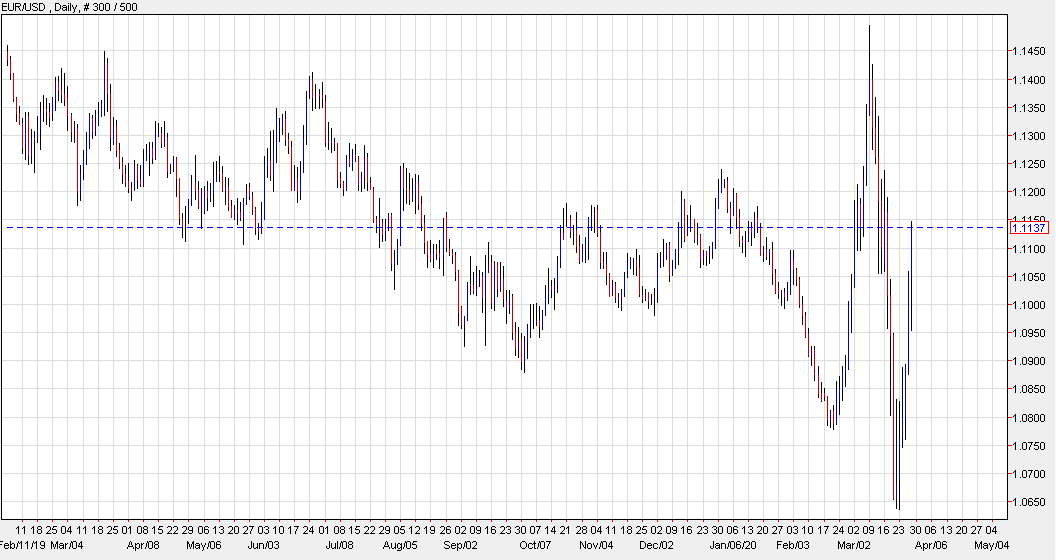 The dollar finished on the lows except against the commodity currencies where some late selling in stocks, in part on the Fed's diminished plans to buy bonds weighed.
USD/JPY fell for the second day after breaking out of the consolidation around 111.25. The pair sank another 165 pips and broke 108.00.
Despite the dollar weakness, gold was unable to find a bid. It chopped around $1620 all day. A few forays to $1630 fell flat.