Germany's Schaeuble says Brexit would be a "catastrophe"

"We would have years of the most difficult negotiations, which would be very difficult for the EU as well. And for years we would have such insecurity that would be a poison to the economy in the UK, the European continent and for the global economy as well,"

He didn't accept the notion that Britain could follow the example of countries such as Norway, which accepts freedom of movement, pays contributions to the EU budgets and applies the single market's rules and regulations without having a vote on them.

"I cannot really see why the UK would be interested in staying within the single market without being able to make decisions about it. It doesn't really make sense."

The views of leading EU figures like Schaeuble are relevant given that the market is still trying to evaluate the negatives of Brexit on the euro.

In other Brexit fall-out news this week-end the UK fin min George Osborne has scrapped proposed pension tax reforms for fear of a referendum voting backlash and the head of the British Chambers of Commerce, has been suspended for voicing his support for the Leave campaign. The official line taken by the BCC is one of neutrality given that their members are equally split. Suffice to say Boris has been all over it to gain some political advantage.

Both stories will gather momentum as the week pans out and we'll provide you with further detail and analysis, but for the moment it's unlikely to have any GBP price impact. 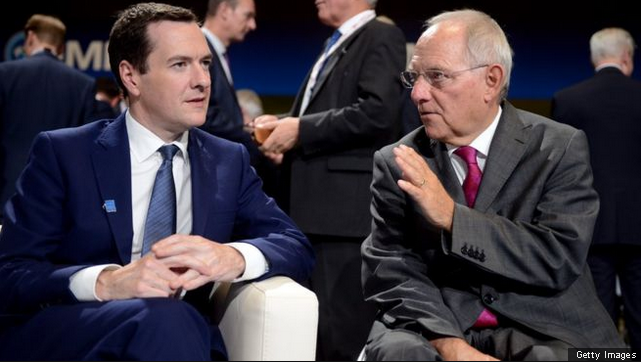 So George, how did I do? Appreciating my support?