Talks will resume in Vienna 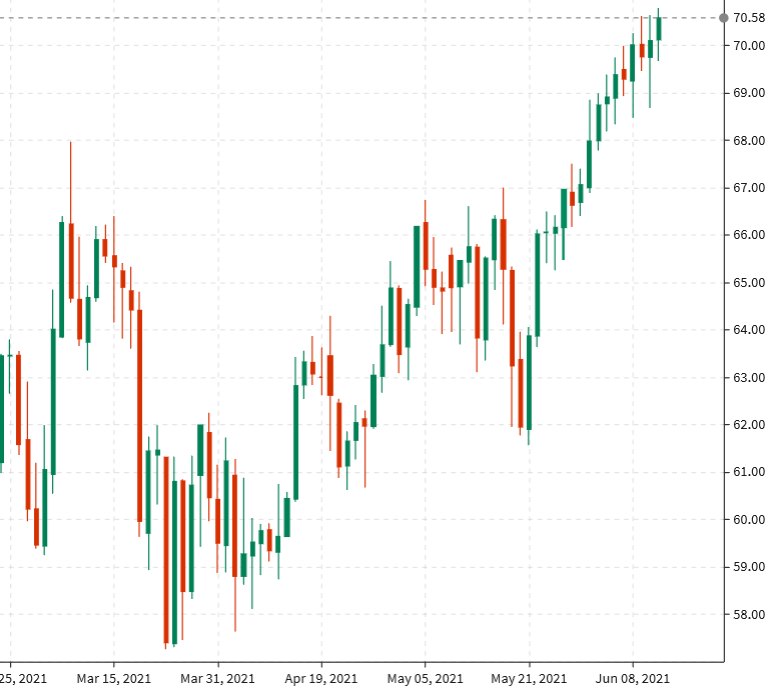 The early word was that talks would resume next week but that's been bumped up to Saturday, according to an EU statement.
That raises weekend risks for the oil market. Yesterday's price action certainly showed some concern about a deal, with prices falling $1 and then rebounding when it was only one former oil official who had sanctions lifted.
The US tried to spin that shift as immaterial but I don't think it's a coincidence. Moving this timeline up also suggests progress.
WTI is up 26-cents on the day to $70.56. I think a deal is coming and it will send oil down to $67 next week, if not lower. However if a deal falls through again, that could mean a considerable delay in negotiations with Iran's election coming on June 18.
China is also pushing to get a deal done.