Massive iron ore squeeze the story of the day

What's going on in the metals market?

That's the question market watchers are asking today after some iron ore prices rallied 19% today. The Dalian commodity exchange price is the most closely-watched metric and it close 'limit up'. Markets that remained open added another 12-15% on the 6% gain showed here. 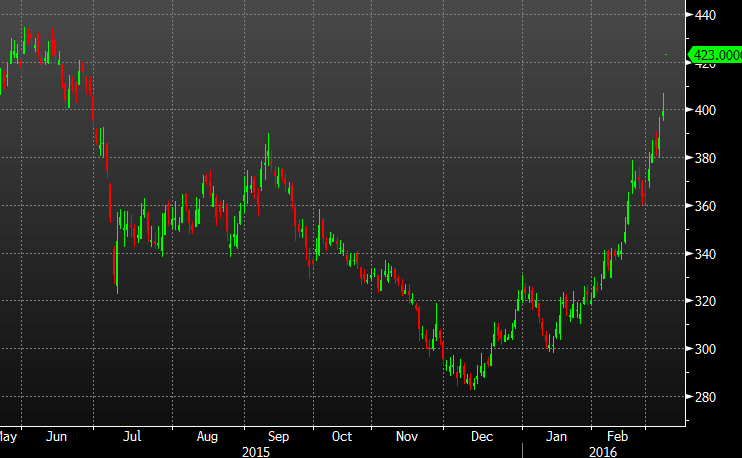 The massive rally came after the weekend NPC meetings in China but it's not entirely clear why. The economic forecast of 6.5%-7.0% was well-anticipated and officials said they would cut industrial overcapacity -- something that should hurt metals demand.

A positive note was a commitment to a record 3%-of-GDP deficit. The government also looked to boost lending for the housing market in something that could stoke construction but those announcements didn't cause any kind of special demand in the usual suspects like AUD and Shanghai shares.

Bloomberg has more but there are no answers yet in the iron ore mystery.