The Bank of Canada is official neutral but after Wednesday’s central bank decision, they might be nothing at all.

The most recent statement, from Sept 3, was as explicit as it gets. “The Bank remains neutral with respect to the next change to the policy rate,” it reads.

On October 11, Bank of Canada Governor Stephen Poloz said there’s nothing recent to throw off the inflation forecast. Oil has fallen a bit further since then but probably not enough for the BOC to indicate any change in the outlook. 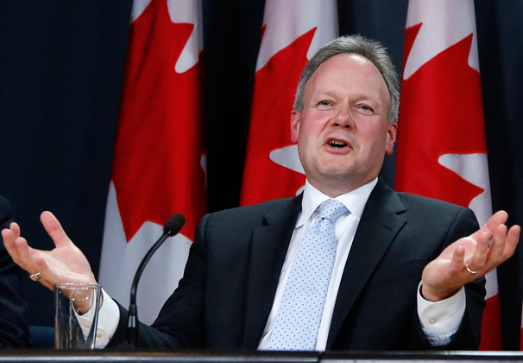 One surefire prediction from the BOC press conference: Poloz will talk non-stop with his hands

“It is my belief that forward guidance should be seen as a useful tool in the central banker’s kit, but one that should be reserved primarily for use at the zero lower bound,” he wrote. “Essentially, the net effect of dropping forward guidance is to shift some of the policy uncertainty from the central bank’s plate back onto the market’s plate, a more desirable situation in normal times.”

The paper, which was published on October 10, has sparked speculation the BOC will drop forward guidance at Wednesday’s meeting. What that misses is that Poloz first delivered the paper at a private gathering on Aug 25 and it was only released after Freedom of Information requests from news organizations.

That means the BOC may not yet be ready to drop the guidance. If it does, it’s largely expected but could create some volatility and confusion. Given signs of slowing in Europe and emerging markets, it’s more likely to be interpreted dovishly and that could cause some Canadian dollar selling.

But in the larger picture, the market still fully expects a neutral Bank of Canada. The OIS market doesn’t price in any significant chance of a shift from the 1.00% overnight rate in the next 12 months.

With little to digest in the forward guidance, the market will be more interested in economic forecasts.

The growth forecasts from July are largely the same as private sector forecasts however CPI forecasts will likely be adjusted higher, but probably only in the near term.

The most recent core inflation numbers have been higher than expected so the forecast will rise to meet that but with oil and commodity prices slipping, longer-term changes are unlikely. 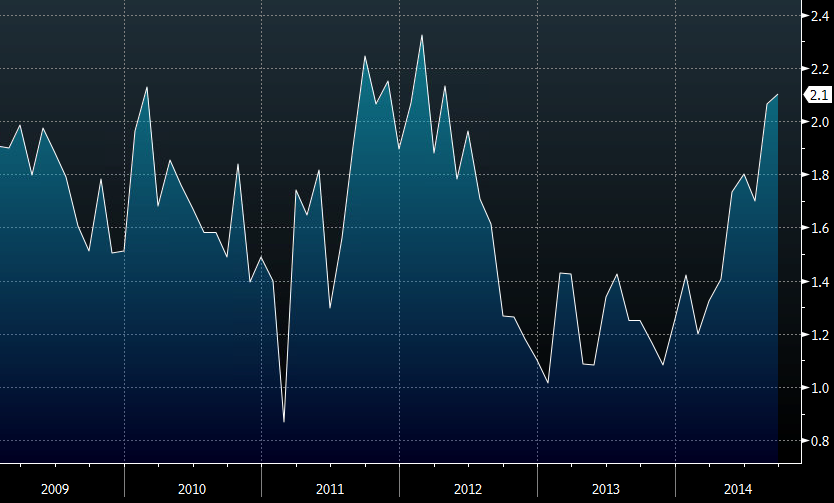 Global forecast will probably be more interesting. The 1.6% US 2014 GDP forecast is almost certain to be raised toward the 2.2% consensus but that will be balanced somewhat by lower eurozone forecast and Japan forecasts (likely 0.2-0.3 pp lower). Overall world GDP could also be trimmed to 2.5% from 2.9%.