Today's pipeline decision could spell trouble for the Canadian dollar 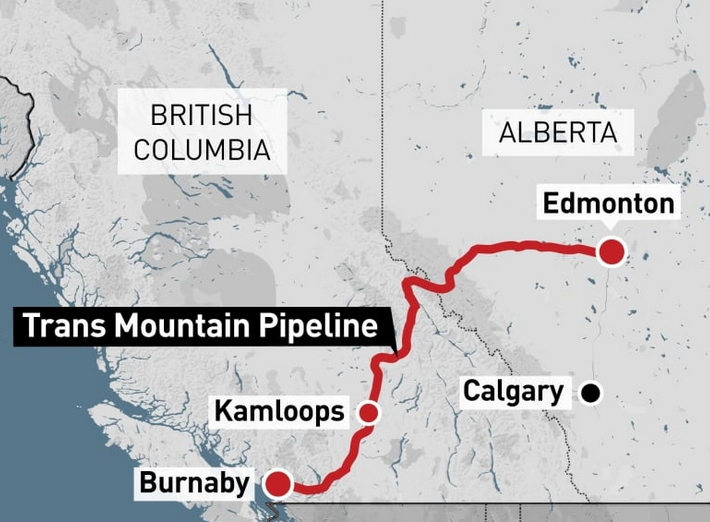 Canadian Cabinet is set to decide today on whether to approve and proceed the Trans Mountain pipeline expansion. The time of the decision isn't yet clear but I'll have an update when it's clear but I expect it over the next hour or two.
Pipeline are an extremely sensitive issue in Canada at the moment. Late last year crude sold at a huge discount because it's been impossible to get pipelines approved and all the oil is trapped in Alberta.
This one was first approved in 2016 but it's been bogged down in court challenges. Last year, the federal government bought it from Kinder Morgan for $4.5 billion. There is an operating 66-year-old pipeline already in the ground but the proposal is to expand it to 890K bpd.
Given that the government bought it and there are many reports that steel has already been brought to construction sites, it's a high likelihood that it will be approved. That said, there is always a small risk it isn't or that it's delayed or that some other problem comes up. In that sense, expect a tiny positive reaction if it's approved in CAD and a massive negative reaction if it's somehow blocked. Anything on the timeline to get it up-and-running could also have a CAD impact (faster is better).
ForexLive