Forex technical analysis: What will the FOMC do to the dollars run this week?

Will it rain on the bullish parade?

The USD has had a pretty impressive 2 day run.  For today, the USD is the strongest currency - rising against all the major currency pairs.  The gain vs the EURUSD today has been 1.52%. 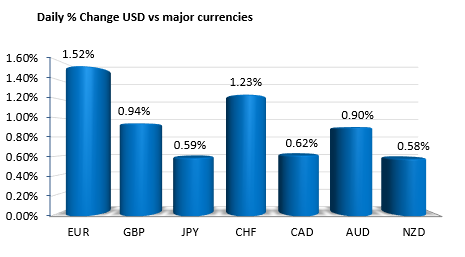 Yesterday, the USD was also the strongest currency as traders discount the bad from the past and focus on the future.
Tomorrow (2 PM ET), the FOMC will release their meeting minutes.  The meeting took place on April 29th.  The decision was to keep rates unchanged.    They characterized the job market as moderating  ("the pace of job gains moderated"). They softened the business investment from "advancing" to "softened". For the overall economy, it was downgraded, but the FOMC said it "slowed during the winter months", and said the decline was "in part" due to "transitory factors"  i.e., the weather.
It would seem to me, the summary here is more or less what we can expect in the meeting minutes.  Is it more dovish? The market viewed it as being more dovish. Although the EURUSD fell after the report, the market had rallied into the report and continued higher the next day.
Where was the EURUSD price just before the 2:00 PM decision?
1.1149
Where is the current price for the EURUSD
1.1151
Most of the activity since that decision was spent above the 1.1149 level.
Does it mean the EURUSD will  trade higher/the dollar will trade lower?  Not necessarily?   The market was encouraged by the data today and the lows in the dollar may have gone too far. Technically, the action this week has turned a number currencies from being dollar bearish the dollar bullish. As a result, unless the dollar retakes back the technical bullishness, the bulls will remain in control.
Where are the key technical levels for the major pairs?
EURUSD; Moved below the 100 day MA at 1.1175. The price before the FOMC was 1.1149 on April 29. The price is right around that level currently 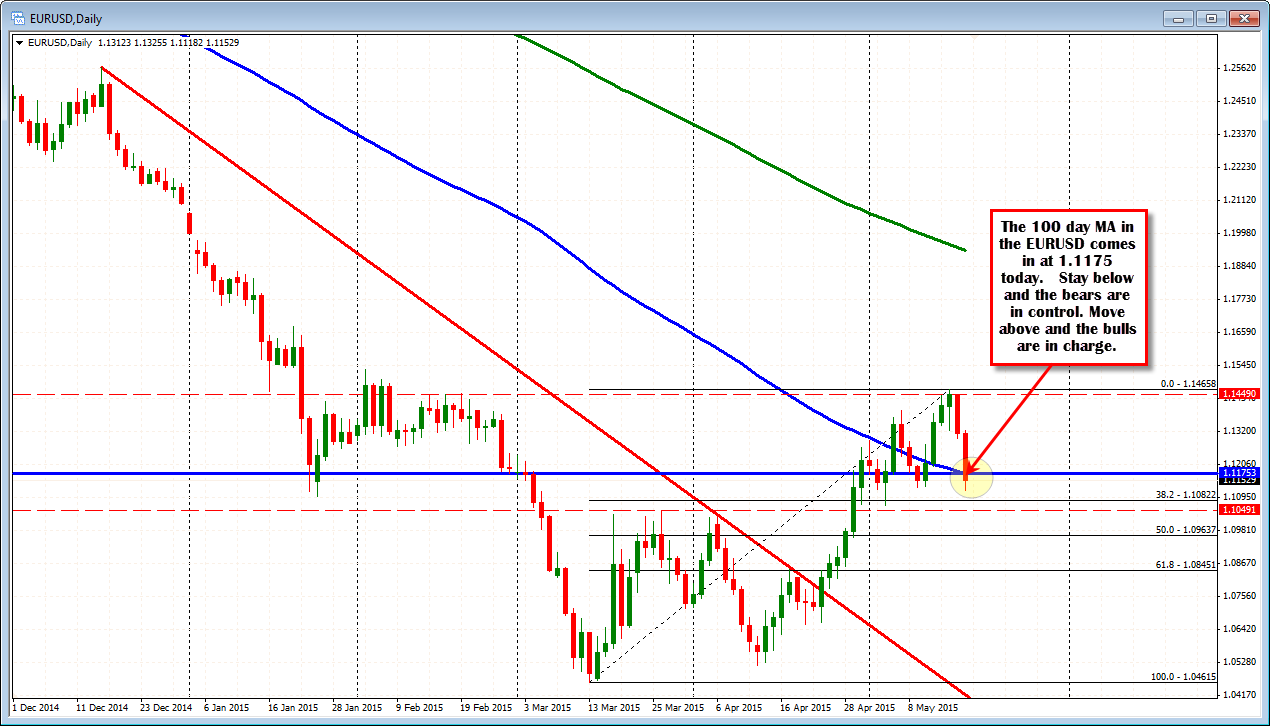 USDJPY. This pair has been chopping up and down in a confined range (yellow lines).  We did move above a trend line today which is bullish, but remain below the topside yellow area (above the yellow area was an extension that failed). 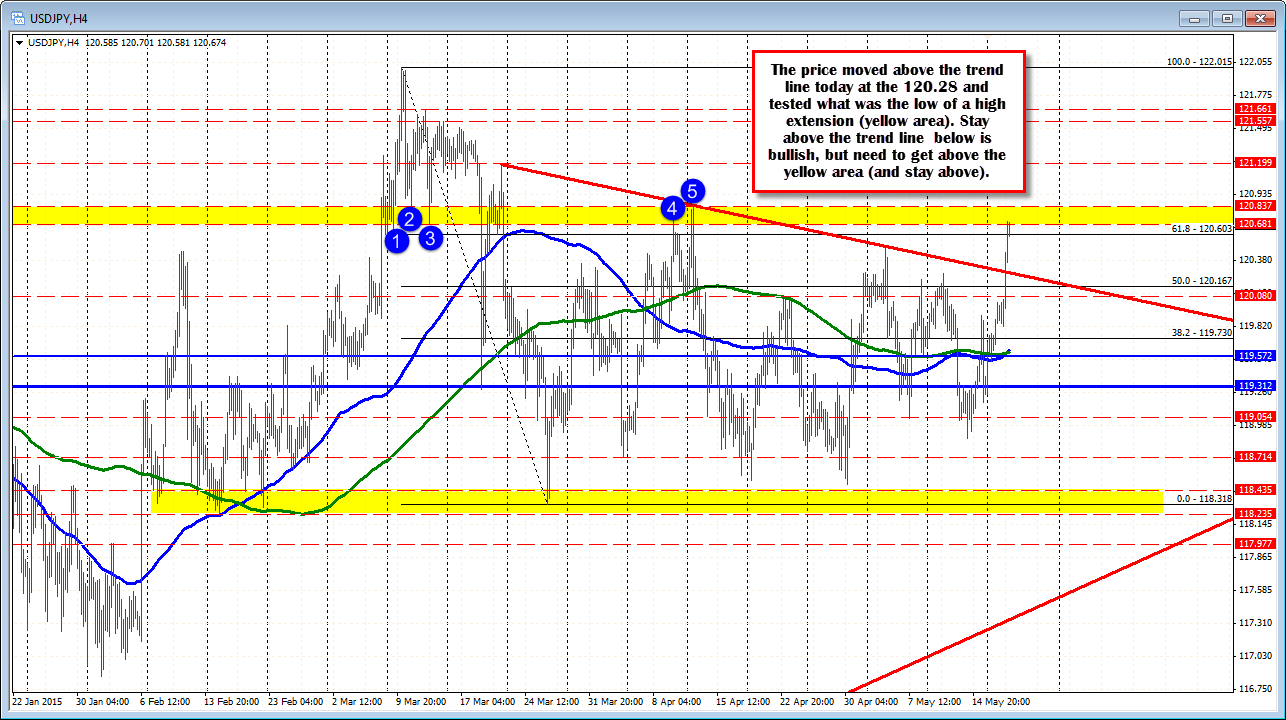 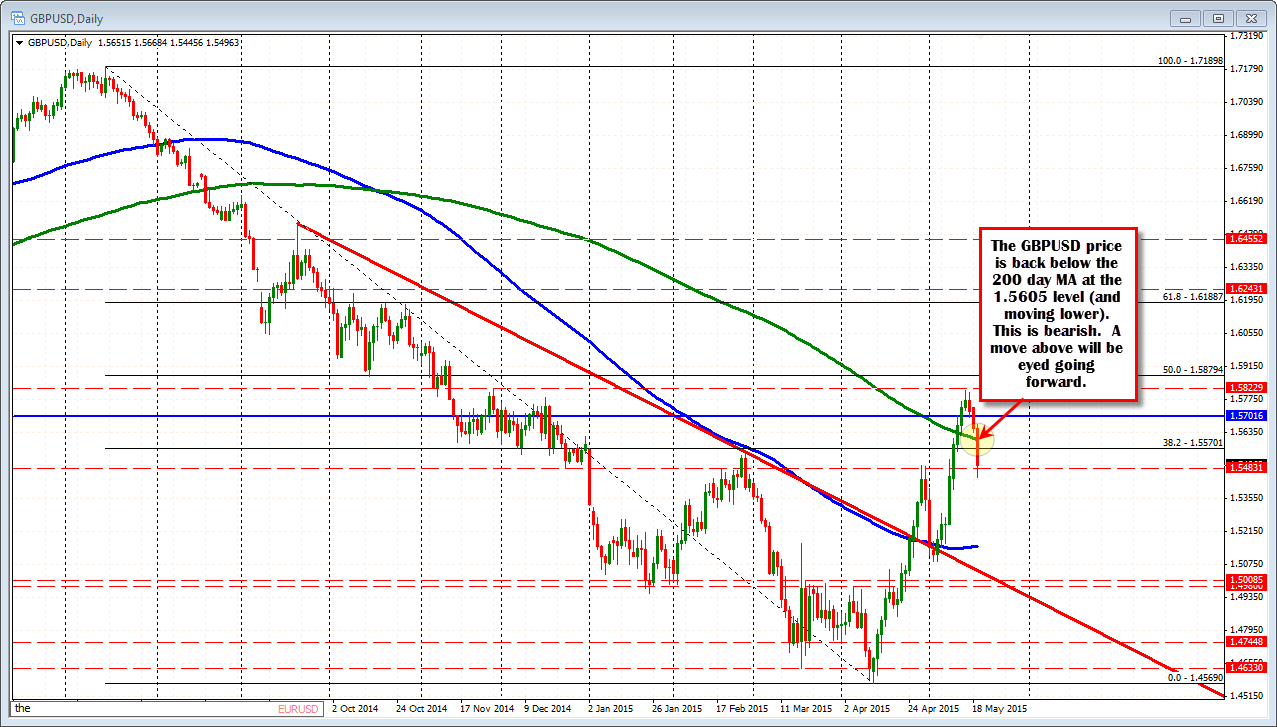 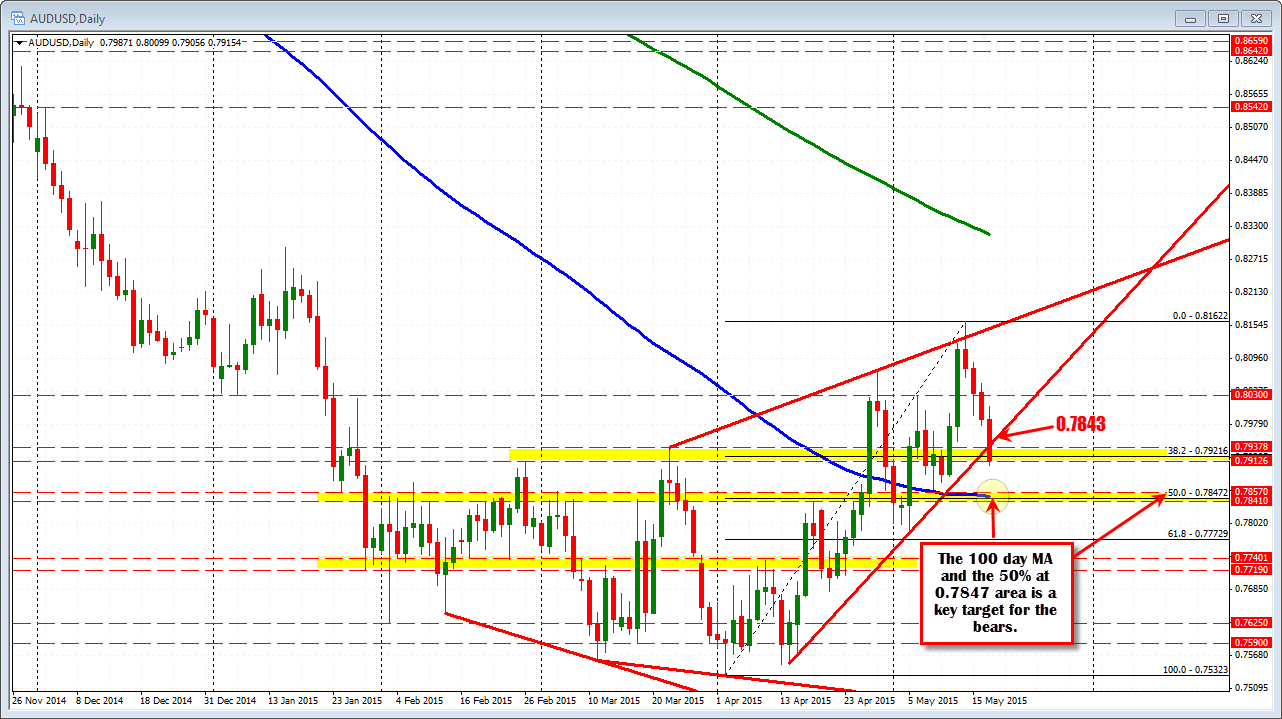 The USDCAD is higher over the last few trading days. but remains below some key levels. So it is still more bearish. What would turn the bias around? a move above 1.2268 (38.2% retracement and topside trendline) and then the 100 day moving average at the 1.2336 level. 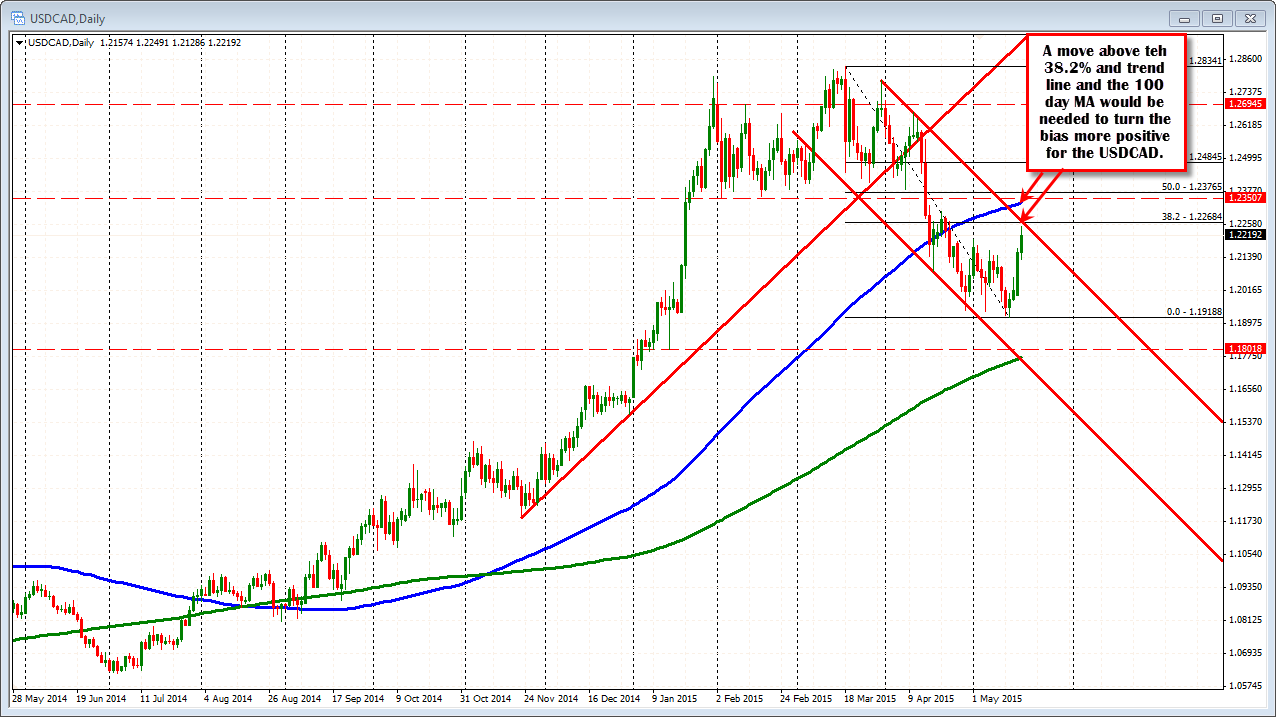