The breakout keeps on going

Gold is on track for its best month since February 2016. If it can tack on another $32, it will be the best month since it peaked in late 2011.
What makes it even more exciting right now is that it's all happening on a perfect storm of technicals and fundamentals.
Technically, this is a massive break out above levels that have held repeatedly since 2013. It's also been a definitive move above that line that could be further confirmed by the monthly close. There is no significant resistance until at least $1522. Any return to $1375/50 would be a buying opportunity. 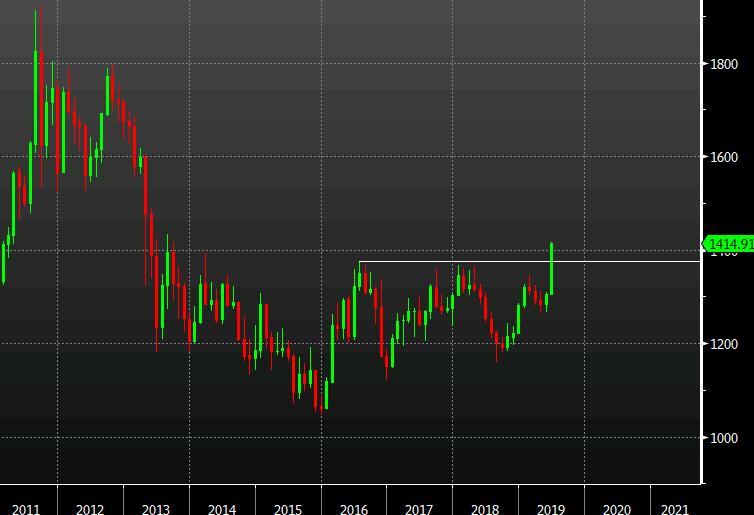 The fundamentals confirm the technicals. This massive breaks is coming on a reversal of a global tightening cycle and a quick shift towards easing in the US and almost everywhere else. One risk is that central banks have swung too far and may not ease as much but that's not a near term risk. Moreover, the US has more room to ease than almost anyone and with gold priced in USD, that makes for additional upside.
Finally, sentiment towards gold isn't what I would describe as enthusiastic. Since 2011, gold has been slowly shunned. If the excitement returns, would could be seeing a re-emergence of the kind of bid we saw from 2000-2011.
ForexLive