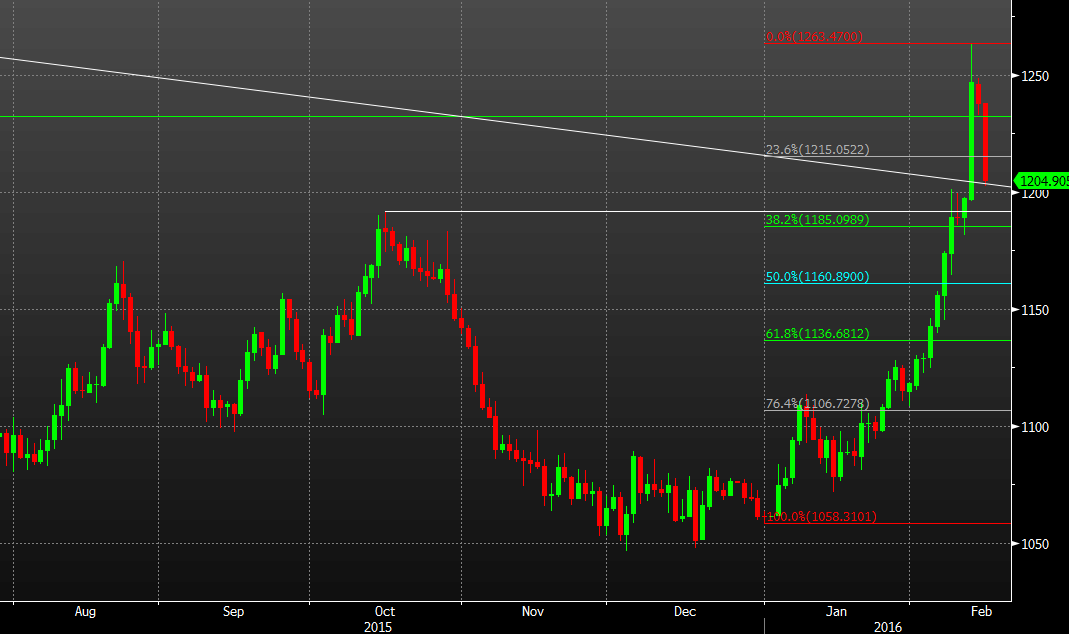 Gold is down $33 to $1205 as the US dollar catches a broad bid despite a holiday in the United States.

What do the technicals say?

In any technical breakout, there is often something called the 'buyer's remorse' where it goes back and retests the critical line that gave way. That's especially true in a parabolic move like gold.

Here is what I wrote last week as gold was surging to a one-year high.

"It's always tempting to close out longs on a big spike after a 10-day jump. Short-term traders might want to do just that.

I've been in this trade since Jan 20 and I think gold can go much higher. With the downtrend out of the way, the next stop isn't until $1310. I suspect we will see a retest of $1205 before we get there, so that's where I'll be looking to add."

We're back there now. There is a good argument to scale back in here and I think that will eventually pay dividends but a very disciplined trader might want to wait until close to $1191. That's the October high. The 38.2% retracement of the 2016 move is just below at $1185.